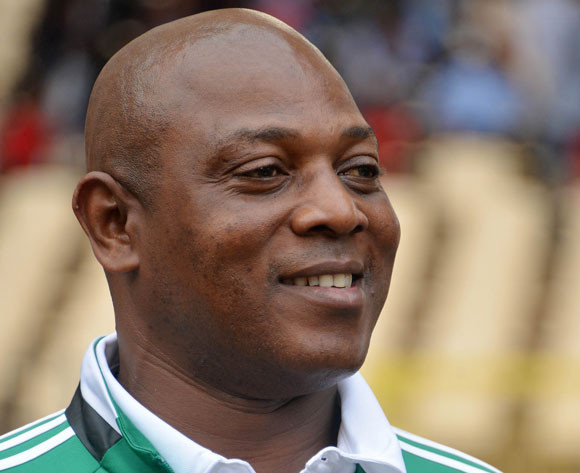 Former Nigeria coach Stephen Keshi is edging closer to bagging a contract with a top South African club, according to Tim Sukazi, the CEO of Quality Talent Sports (QTS),the agency which now represents the ex-Nigeria star.

AfricanFootball.com had broken the news last week of Keshi’s deal with QTS, one of South Africa’s biggest agencies, and now it has been confirmed that they have made some ‘headway’ in getting a deal for the ‘Big Boss’.

“We have made some headway as it regards getting a job for Mr. Stephen Keshi in South Africa which is what we have been working on,” Sukazi told AfricanFootball.com

However, Sukazi refused to disclose the clubs they have spoken to regarding Keshi, as he said that might destabilise the clubs involved.

“We are not at liberty disclose the names of the clubs at this point because given the current situation in the league, it might destabilise the clubs involved,” maintained Sukazi.

Keshi has been without a job since he was sacked as Nigeria coach in July 2015, but has an impressive resume, having qualified Togo and Nigeria to the World Cup, taking the latter the round of 16 at the 2014 World Cup.

He also won the 2013 Africa Cup of Nations with Nigeria.