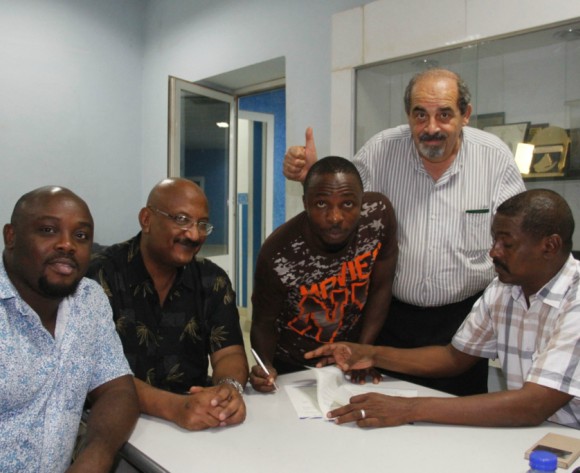 Former Kano Pillars winger Azeez Shobowale has told AfricanFootball.com he is delighted to join Al Hilal after he penned a two-year deal with the Sudanese giants on Wednesday.

It was a deal which was brokered by Olanrewaju Famakinwa.

"It's a great feeling for me to join such a great team, Al Hilal. I want to thank Al Hilal for the Love and respect they have shown me since I arrived Sudan, it shows I am at home here,” Shobowale told AfricanFootball.com

"My goals with Al Hilal is to win the Sudan Premier League and the African Champions League Insha Allah."

He further thanked Kano Pillars management for not making it difficult for him to take his career elsewhere.

"I wish to thank Kano Pillars management for their efforts and sacrifices for the deal to go through,” he said.

“I thank them for having my career’s interest at heart. I appreciate the Pillars fans for their support while I was with the team, I can't forget them. Sai masu gida!"

Shobowale has been assigned jersey number 22.