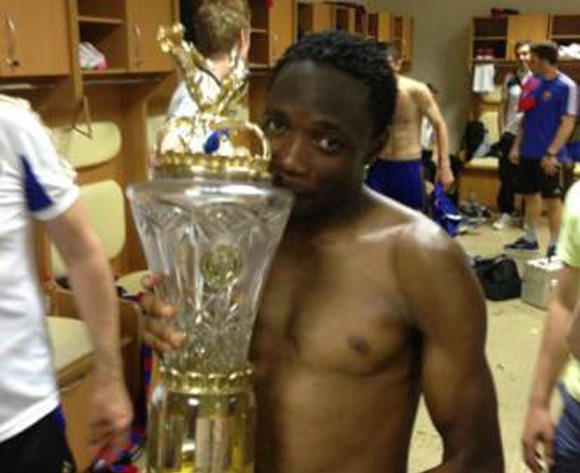 Ahmed Musa, who is set to move to the English Premier League this summer, won his third Russian league championship Saturday when CSKA Moscow won 1-0 at Rubin Kazan.

Nigeria international Ahmed Musa, who is close to joining up with Premier League champions Leicester, has previously won the league with the Russian army team in 2012/13 and 2013/14 seasons.

Top CSKA officials had disclosed the club blocked the flying winger’s  transfer to Leicester in January because they wanted the Nigeria star to help them reclaim the championship.

CSKA needed just a draw to beat off the challenge of closest rivals Rostov on the final day of the season, but went a step further by grabbing all three points at Rubin Kazan to finish on 65 points.

Rostov won 2-0 at Terek Grozny to finish as runners-up on 63 points.

The 23-year-old Ahmed Musa started and finished the game as top striker.

This season, he scored 13 goals in the league and one in the cup.