Sono: I will release those who play for fame 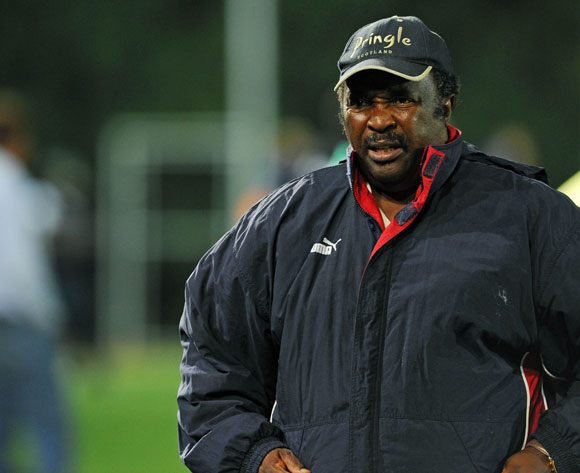 In the wake of their relegation to the National First Division, Jomo Cosmos coach Ephraim Sono has said that he is willing to release players who are playing for fame and money.

"Mjomana" was speaking to Power FM after their 3-1 loss in the Absa Premiership on Saturday afternoon; which resulted in their relegation back to the NFD.

Ezenkosi finished the season at the bottom of the log table with 25 points from 30 matches, having won only six games in what proved to be a solitary season back in South Africa's top flight.

Although the Potchefstroom-based side netted first through Linda Mntambo, Ernst Middendop's team netted three times in the dying stages of the game. Goals from Evans Rusike and Mohau Mokate's confirming their Absa Premiership status for another season.

TEAM OF CHOICE SEND COSMOS DOWN

“I'm very disappointed, disgusted but what can we do, there are certain things in life that there's a prayer that says, God give me strength to change the things I can and leave the rest I cannot change,” Sono told PowerFM.

“We did well in the first half but we can't control what happened in the second half - we're still in football and I told the players to be strong.

“There are three types of players playing for a team like Cosmos, one is a player using the club to move.

"Two is a player who plays for money and those playing for fame, and there are those who play for Cosmos – so I said, out of the four, the one playing for Cosmos, I will see in June.

“The rest, come quickly with your teams and I will release them definitely.”

Meanwhile, Baroka FC have gained promotion to the Absa Premiership whilst University of Pretoria , Mbombela United and Highlands Park will slug it out in the NFD/PSL Play Offs.