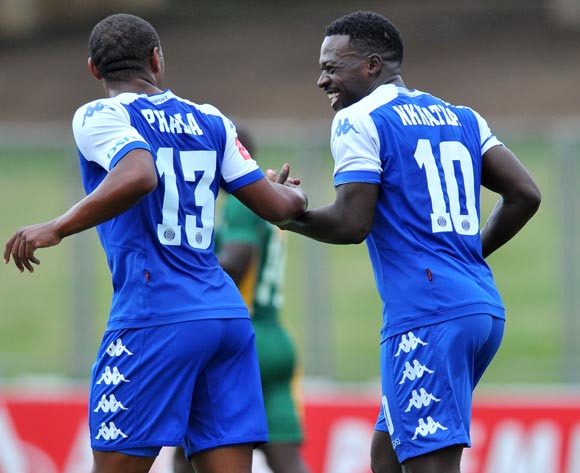 SuperSport United winger Thuso Phala has expressed his excitement at the prospect of playing against Orlando Pirates in the Nedbank Cup final.

Matsatsantsa and the Buccaneers will clash for the last piece of domestic silverware up for grabs in South Africa when they meet at the Peter Mokaba Stadium on Saturday afternoon.

Phala is expected to be a key figure for United in the match and says he and his team cannot wait for the big day in Polokwane.

“Yeah, we’re very excited, especially because we’re playing a big team like Pirates. It’s always a nice final when coming up against a big team,” Phala is quoted by Kick Off.

“It’s going to be a challenge for us, and it’s the last game of the season, so we have to give it our all. We have nothing to lose.”

Phala also believes that United’s final league result, a 2-2 draw away to Pirates which secured a top eight finish and ensures that they will play in the MTN8 next season, has given them a confidence boost.

“The guys are also more confident now because we made it into the top eight, which is the kind of end to the season we wanted,” he says.

“We wanted to be in the top eight and win a cup, and we have the opportunity for that so we have to go all out to make it happen.”