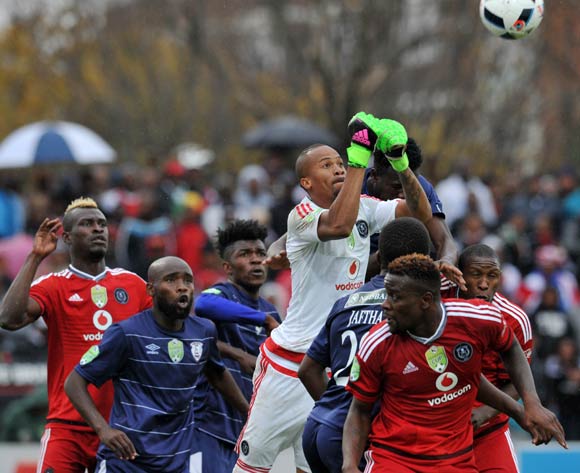 Orlando Pirates goalkeeper Brighton Mhlongo has stressed the need to stay level headed ahead of the 2015/16 Nedbank Cup final.

The Buccaneers will lock horns with SuperSport United at the Peter Mokaba Stadium in Polokwane on Saturday afternoon.

"We know what's at stake. We know what we have to do for this match. We just need to forget the negative and move on and prepare," Mhlongo said.

"We will focus on playing our normal game. Staying level headed is important for us. We don't want to put pressure on ourselves."

Mhlongo's teammate and midfielder Sifiso Myeni stated that they were expecting a difficult match against a motivated SuperSport side.

"The match is important for us, as it is the last trophy we can get. We playing against a motivated team, it's going to be difficult," Myeni said.

"Both teams are hungry for the win, but the winner will be the one that works the hardest."