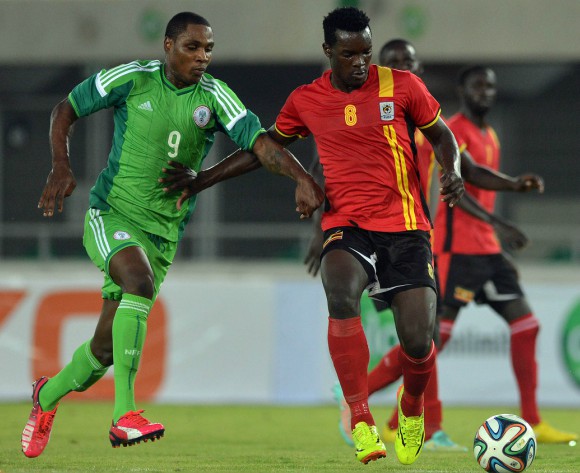 A source close to the player has informed AfricanFootball.com that the Aucho, who was previously on the radar of Absa Premiership side Bidvest Wits, could be on his way to Scotland in the near future.

The 22-year-old currently plies his trade in Kenya Premier League side Gor Mahia and has been compared to Southampton midfielder Victor Wanyama.

Aucho scored the opener in a 2-0 win over Sofapaka on Wednesday as Gor Mahia moved top of the league standings. The current league champions went the entire 2015 season unbeaten. The star from that side, Michael Olunga, has since signed for Swedish club Djurgårdens IF.
SPURS SET TO REKINDLE WANYAMA INTEREST?

Wanyama, who use to play for Kenya Premier League side A.F.C. Leopards, spent two successful years in Scotland playing for Celtic.

The 24-year-old made a name for himself in the clubs famous 2-1 UEFA Champions League win over Barcelona at Glasgow Park in 2012. A £12.5 million move to the Saints duly followed, and rumours suggest he could now be on his way to Tottenham Hotspur.

The source has told this website that Aucho could be on his way to Scotland as early as next month.