Jeremy Brockie: I am a 20-goal-a-season striker 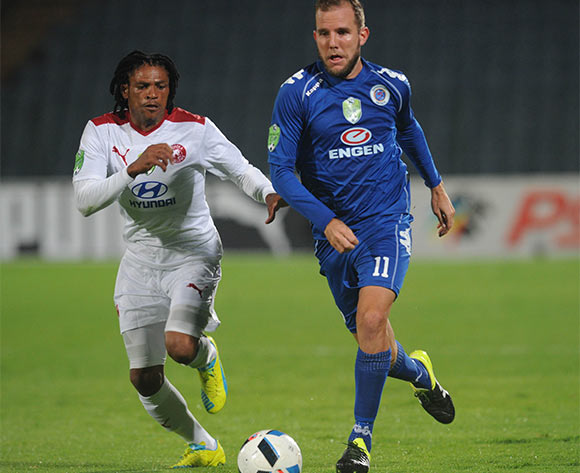 SuperSport United forward Jeremy Brockie is confident he has what it takes to be a 20-goal-a-season striker.

The New Zealand international has scored 17 goals across all competitions this season (11 in the Absa Premiership), heading into this weekend's Nedbank Cup final against Orlando Pirates.

Brockie has endured a inconsistent season, scoring in consecutive league games on only two occasions. The 28-year-old's best showing coming against relegated Jomo Cosmos in February - a hat-trick guiding the club to a 4-2 win.

Asked if he believes he has it in him to be a 20-goal-a-season striker (in the league), Brockie said:

"That is something to aim for next season. I was disappointed at only getting 11, I know I can do better and hopefully next season I can improve and get to that 20 goal mark."

Kick-off at the Peter Mokaba Stadium on Saturday is scheduled for 15h00.