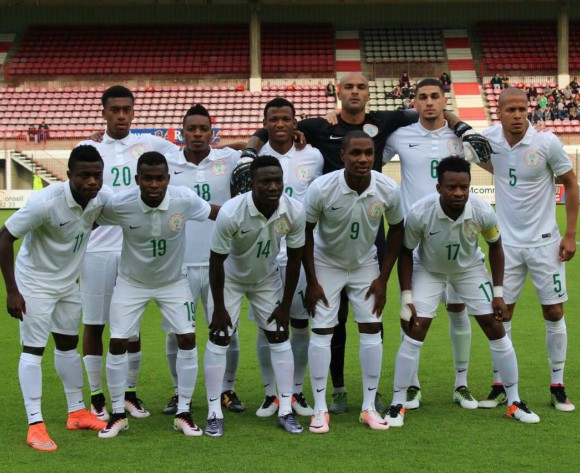 Broke Nigeria Football Federation (NFF) have informed the Super Eagles they will not be paid a bonus for the friendlies against Mali and Luxembourg until the team return to the country, AfricanFootball.com has again scooped.

Nigeria pipped Mali 1-0 in the first friendly on Friday in France and they take on Luxembourg in another test game on Tuesday evening.

AfricanFootball.com understands that each player is guaranteed $2,000 as appearance fee for a full international friendly, but it is left to be seen whether this will be what will be paid the Eagles and whether the equivalent amount would be paid in the local currency when they return to the country this week.

But despite a lean purse, several NFF board members and FA chairman have travelled to Europe for these two friendlies.

The Eagles were not paid their bonus for several months after they beat Swaziland 2-0 in Port Harcourt in November to qualify for the group phase of the 2018 World Cup qualifiers.

Several other national teams have also gone unpaid as the cash crunch continues to bite the NFF harder.

It has been rumoured that the sports ministry has held back the NFF’s subvention for several months now and that explains the hard times at the glasshouse.

All these is coming on the heels of the scandalous refusal of the Super Eagles players to exchange jerseys with their Malian counterparts after the friendly in France with the NFF lame lie that the Malians did not request to change shirts.