No cash for Super Eagles 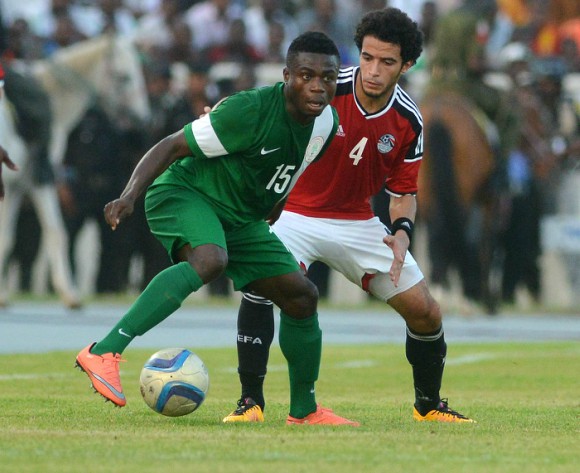 Moses Simon of Nigeria challenged by Omar Gaber of Egypt

The Super Eagles have been decamped without getting appearance fee for the two friendlies against Mali and Luxembourg with players informing AfricanFootball.com that broke Nigeria Football Federation (NFF) have now promised to transfer the cash into their various accounts.

Officials had earlier promised the Eagles will be paid on their return from Europe on Monday.

“We have submitted our accounts to the NFF and they have now promised that as soon as the cash is available, they will credit our accounts,” one of the players told AfricanFootball.com

The standard payment for appearance fee for the Super Eagles is $2,000-a-man, but it is left to be seen whether that will be what they will receive by the time they have the cash to give them.

The Eagles defeated Mali 1-0 and Luxembourg 3-1 in two friendlies to prepare them for the 2018 World Cup qualifying tournament from October.

The Eagles were also owed for several months when they defeated Swaziland in a World Cup qualifier in November.