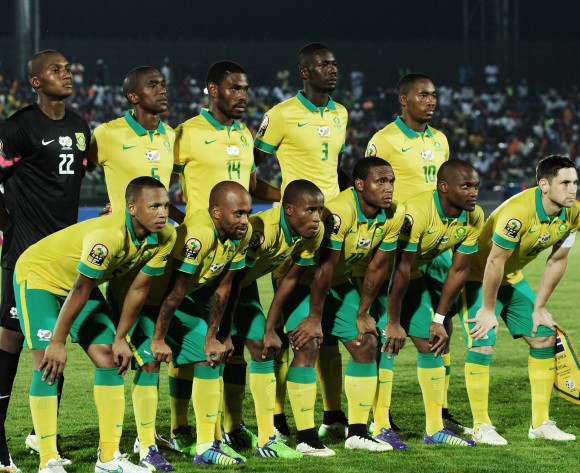 Bafana Bafana played to a 1-1 draw against Honduras

Gambia host South Africa in a 2017 African Cup of Nations qualifier on Saturday with both teams yet to win a game in in four rounds of fixtures.

Bafana Bafana have endured a disappointing qualifying campaign. Expected to challenge Cameroon for top honours in Group M, South Africa find themselves five points off the pace with two games to go.

South Africa still have a very slim chance of qualifying for next year's showpiece in Gabon, but a win for either Mauritania and Cameroon in Nouakchott on Friday will be the final nail in the coffin.

Having been held to a goalless draw by Gambia before a 3-1 defeat in Mauritania, Bafana Bafana will know not to take their opposition lightly.

The 1996 Afcon champions showed signs of improvement, drawing home and away against four-time winners Cameroon and Bafana Bafana head coach Shakes Mashaba is eager for his side to end the qualifying campaign on a high.

“We want to finish our campaign with a flourish and we will definitely go all out for a win in this encounter," said Mashaba.

"Yes, we made it difficult for ourselves in the first two matches against Gambia and Mauritania but we are going for a win, come Saturday."

The 'Scorpions' occupy bottom spot in Group M with two points from four matches. Gambia, though, have proven to be a difficult side to beat with defeats to both Cameroon and Mauritania by the odd goal.

If they are to get their first win of the campaign they will have to do so without the services of Modou Barrow (Swansea City) and Mustapha Carayol (Middlesbrough) who have both been ruled out of the encounter due to injury.

Djurgårdens IF defender Omar Colley has described the magnitude of the encounter.

“We all know what it takes to play for The Gambia and it is a big task because South Africa is not a small nation," Colley said.

Kick-off at the Independence Stadium in Bakau is scheduled for 19h00 CAT.