Namibia out to impress against Niger 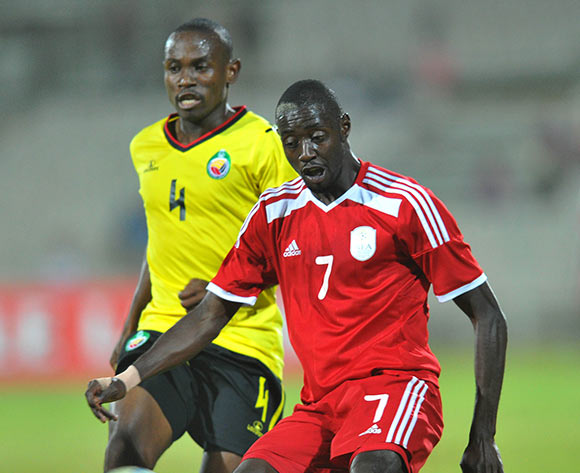 Deon Hotto of Namibia challenged by Saddan Guambe of Mozambique during the 2015 Cosafa Cup final match between Namibia and Mozambique at the Moruleng Stadium in Rustenburg, South Africa on May 30, 2015 ©Samuel Shivambu/BackpagePix

With the 2016 Cosafa Cup on the horizon, Namibia will be eager to impress in front of their home fans when they host Niger in a 2017 Afrian Cup of Nations qualifier in Windhoek on Saturday.

The Brave Warriors have endured a topsy-turvy qualifying campaign, having performed adequately away from home, the 2015 Cosafa Cup champions lost to both Senegal and Burundi on home soil.

Defeat to Burundi was especially difficult to take for Ricardo Mannetti's troops, considering they had defeated the Swallows 3-1 in Bujumbura, before going down by the same scoreline in the Namibian capital.

Namibia are set to be without Virgil Vries for the clash. The Maritzburg United goal-minder arrived late for camp and has as a result been sent packing by Mannetti, according to New Era Newspaper.

The Brave Warriors, though, are boosted by Highlands Park attacker Peter Shalulile, who has attracted interest from both Mamelodi Sundowns and SuperSport United in South Africa's top division.

“We blew it against Burundi at home the last time and now with Niger coming to town we have to be clinical in front of goal," Shalulile told the New Era Newspaper.

"It’s not only about playing well but we also need goals to better ourselves. We are pushing for at least a second place finish in this group and Saturday’s game offers us that chance."

The reverse fixture in Niamey ended in a 1-0 win for the hosts.

Kick-off at the Sam Nujoma Stadium is scheduled for 17h00 CAT.