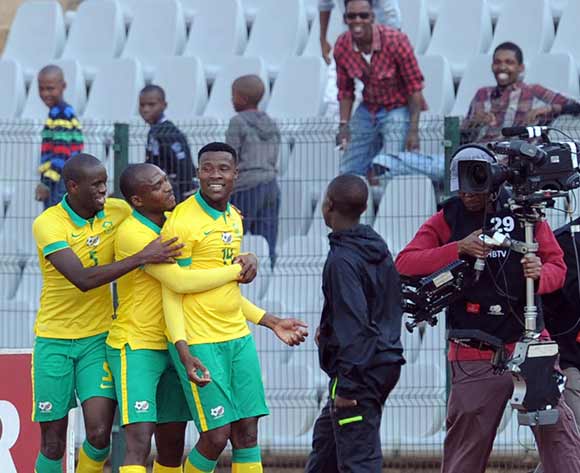 Thanks for joining us for the Saturday edition of he Africa Stars watch and we will bring you more action on Sunday, 05 June 2016.

We will be keeping you up to date with the latest news from all the matches taking place around the continent today and what it means for those teams dreaming of place in Gabon 2017.

Some of the big names in action today include Senegal, Egypt, Mali, Cape Verde Islands, Zambia and South Africa.

20:53 It's over between Gambia and South Africans with the 1996 AFCON winners taking the full three points. 4-0 final score.

20:35 It's less than 30 minutes in Gambia as the South Africans are cruising, the Scorpions will find it hard to bounce back in the game. South Africa 3-0 Gambia.

20:25 Mpho Makola on for Mandla Masango with Mashaba looking to search for more goals in this encounter.

20:15 Dolly makes it three for the visitors with a cracking shot as they demolish the hosts. 3-0 to the South Africans and Mashaba is a happy man on the touchline.

20:15 Hlompho Kekana tries a shot but the Gambian keeper makes a good save on the near post. Gambia 0-2 SA...a few minutes later, the hosts came knocking but Itumeleng Khune denies them.

20:00 Shakes Mashaba's men coming back to meet Gambia in the second stanza and enjoying a 2-0 cushion. It's less than 30 minutes to go in Sierra Leone between them and Sudan and no goals yet.

20:00 Guinea Bissau finds a late goal in the dying minutes of the tie to win it through Brito. Guinea Bissau 3-2 Zambia final score.

19:50 It's half time in Gambia and South Africans enjoying a 2-0 lead. In Bissau, we're in the last three minutes of the tie and it looks like it will finish at 2-2.

19:42 South Africa have doubled their lead and Gabuza scores his second after a lay off by Dolly. SA 2-0 Gambia.

19:34 Gabuza scores for South Africa in the 30th minute resulting from good exchange of passes between Dolly and the crowd is silenced. SA 1-0 Gambia

19:28 Thulani Serero misses a great chance after a sweet delivery from Keagan Dolly. Gambia 0-0 South Africa. Serero will leave the filed for Sibusiso Vilakazi due to a knock. Katongo is also taken off for Lubambo Musonda.

19:17 Chris Katongo pulls one back for Chipolopolo heading home after a set piece to make it 2-2 in Bissau.

19:15 First 10 minutes in Gambia have not produced goals yet between SA and Gambia. Cape Verde are 2-0 up against Sao Tome whilst Sierra Leone and Sudan are still deadlocked at 0-0.

19:10 We're back in the match in Bissau between Guinea-Bissau and Zambia and the score is 2-1 to the hosts.

18:55 South Africa and Gambia are now getting ready to get their match underway.


18:50 It's half time in Bissau with the hosts leading Zambia 2-1. Less than 30 minutes to play between Sao Tome and Cape Verde and the match is yet to have a goal. In Sierra Leone versus Sudan, it still 0-0.

18:39 In what looked like an offside, Guinea Bissau grabbed their second goal and the hosts were 2-1 up in the 35th minute. Stoppila Sunzu looked to have played the striker on and Mweene couldn't save the ball from a header. Sunzu booked.

18:40 The other match between Sierra Leone and Sudan has also kicked off but there are no goals yet as well as in the encounter involving Sao Tome and Cape Verde.

18:30 Mbesuma made it 1-1 when he converted with his left foot after beating his marker following a pass from Kalaba.

18:17 The hosts received a penalty after Bissau striker was handled in the box, Bissau grabbed the lead in the 13th minute and Mweene was sent the wrong way. 1-0.

It is half time between Sao Tome and Cape Verde. 0-0.

18:10 Guinea Bissau nearly finds an opener but a header was easily collected by Mweene. The Mamelodi Sundowns net minder is the busiest in the opening 10 minutes.

18:00 We're underway in the Group E tie between Guinea Bissau and Zambia.

17h55 - Full time in Francistown, Uganda have beaten Botswana 2-1! That's a massive win for the Cranes, who open up a three-point lead at the top of Group D. Burkina Faso could reclaim top spot with a win at Comoros tomorrow. 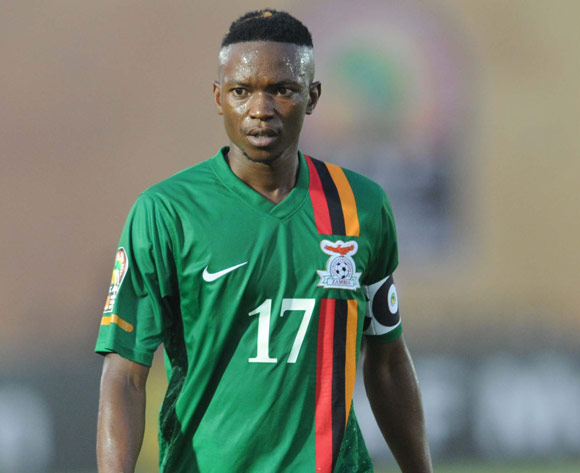 17h35 - Scrap that last comment, Namibia lead Niger 1-0 in Windhoek! Peter Shalulile has the goal for the Brave Warriors.

17h33 - Still goalless between Namibia and Niger in Group K, while we have also gotten underway in the Group F clash between Sao Tome & Principe and Cape Verde. The Blue Sharks cannot finish top of the pool - that honour has been secured by Morocco - but they have a decent shout of being one of two best runners-up if they win their final two matches.

17h30 - Also confirmation that Mali have beaten South Sudan 3-0 away, to move to within touching distance of qualification for Gabon 2017. Their berth could be confirmed as early as tomorrow if Benin don't defeat Equatorial Guinea.

17h26 - Full time in Kigali, Mozambiaque have beaten Rwanda 3-2. The result means Ghana need only a draw in their match at Mauritius tomorrow to secure top spot in Group H.

17h20 - Some celebrations out of Egypt after their qualification for the 2017 Nations Cup finals...

Egypt have qualified for African Cup of Nations for the first time since their 2010 win! Egypt are unbeaten in the tournament since 2004!

17h15 - In the Group H match between Rwanda and Mozambique, both Jacques Tuyisenge and Elias Pelembe each scored their second goals of the game.

We're also 15 minutes into the Group K match between Namibia and Niger in Windhoek. Neither can catch Senegal at the top of the pool, but one could draw level on six points with second-placed Burundi.

17h12 - Another goal in Francistown! Uganda back in front at 2-1 thanks to a fine finish from Khalid Awucho. Parity only last a couple of minutes for Botswana...

17h11 - A couple of quick goals in Kigali, but the bottom line is that Mozambique lead 3-2 and are doing Ghana a huge favour in Group H.

17h09 - Goal in Francistown! Botswana have drawn level with Uganda at 1-1, a perfect start to the second half for the Zebras! Onkabetse Makgantai scored for the hosts.

17h02 - Mali are 3-0 up against South Sudan, with the Eagles' second and third goals coming from Modibo Maiga and Moussa Doumbia respectively. Mali will surely take the three points from the game and their qualification for AFCON 2017 will be confirmed if Benin fail to beat Equatorial Guinea tomorrow.

16h57 - Full time in Dar Es Salaam: Egypt have beaten Tanzania. The Pharaohs have confirmed qualification for their first AFCON tournament since 2010! The seven-time winners won a hat-trick of titles in their last three appearances from 2006 to 2010.

16h53 - Full time in Bujumbura: Senegal have beaten Burundi 2-0. The Teranga Lions have secured qualification for the 2017 AFCON finals! Aliou Cisse's (pictured below) side will head to Gabon as one of the dark horses to take the title. 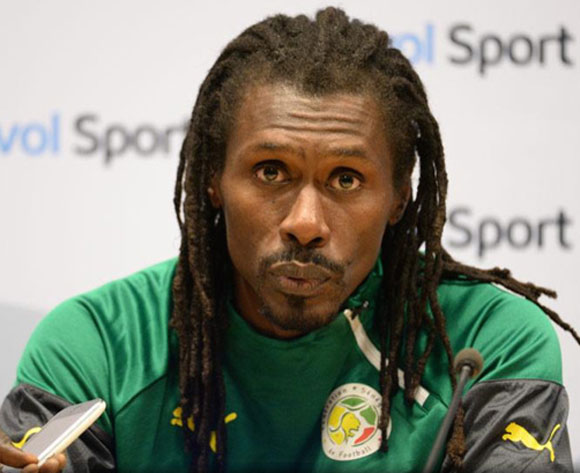 16h48 - Half time in Francistown, Uganda lead Botswana 1-0. If you want to follow coverage of this Group D clash, click here.

16h40 - We can also confirm that Mali's goal scorer in the match against South Sudan was Abdoulay Diaby. The Eagles remain 1-0 up in the second half of that Group C match.

16h35 - Closing in on full time for the Burundi-Senegal and Tanzania-Egypt matches. The Teranga Lions and the Pharaohs both lead 2-0 and will secure AFCON qualification today...

16h22 - Mali lead against South Sudan! The Eagles have a 38th minute goal in their Group C clash, while we can also confirm that the scorer of Mozambique's second goal was Apson David Manjate.

16h20- Egypt lead 2-0! The Pharaohs have another goal in Dar Es Salaam, with Mohamed Salah netting his second to double his team's advantage in Tanzania.

16h16 - Another goal in Kigali! It's a real cracker this game in Group H, with Mozambique back in front with a goal just before half time. And in news from Dar Es Salaam, Ally Samatta has missed a penalty kick for Tanzania, who remain 1-0 down against Egypt.

16h12 - Goal in Francistown! Kizito Luwaga has put the Cranes 1-0 up in Botswana! That goal could be a massive one for Uganda, who haven't qualified for the AFCON since 1978.

16h10 - Rwanda are level in Kigali! Jacques Tuyisenge has brought Amavubi level at 1-1.

16h00 - Underway in Francistown, where Botswana and Uganda meet in a crunch Group D clash. Here's the Uganda line-up...

15h50 - Half time in the matches between Burundi and Senegal, as well as Tanzania and Egypt. It's the visitors who lead in both matches and look destined for AFCON qualification.

15h45 - Goal in Dar Es Salaam! Mohamed Salah (pictured below)  scores direct from a free kick to put Egypt ahead! The Pharaohs are surely returning to the AFCON now! 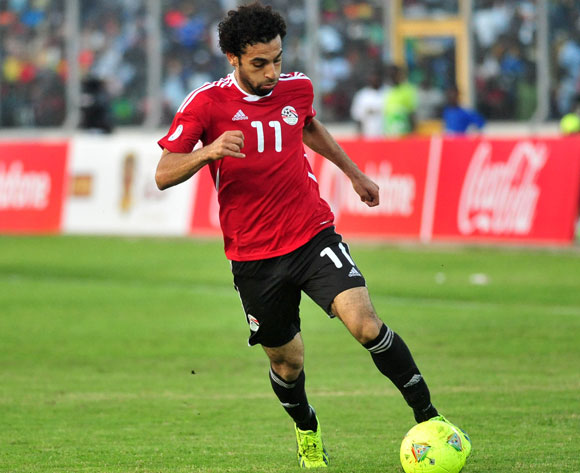 15h42 - Goal in Kigali! Elias Pelembe has put Mozambique 1-0 up away to Rwanda! An away win for the Mambas would make life easier for Ghana tomorrow...

15h30 - We are also underway in Kigali for the Group H clash between Rwanda and Mozambique. Amavubi will be looking for a home victory to close to within a point of group leaders Ghana, who face Mauritius away from home on Sunday.

It's also kick-off time for South Sudan v Mali in Group C, with the Eagles looking for a victory which could secure qualification depending on the pool's other game between Benin and Equatorial Guinea.

15h20 - We have a goal in Bujumbura! Sadio Mane has scored in the 18th minute to put Senegal 1-0 up against Burundi. In Dar Es Salaam, it's still 0-0 between Tanzania and Egypt.

15h15 - Senegal are in much the same position as Egypt: even a narrow loss will be enough to secure a place at the AFCON finals, but they will no doubt be aiming to maintain their 100 percent record in Group K.

15h02 - Egypt need only avoid a heavy defeat against the Taifa Stars in order to secure qualification from Group G. Here's their line-up for the match in Tanzania:

The big news is of course the start handed to goalkeeper Essam El-Hadary (pictured below), his first for the Pharaohs in 19 months. The 43-year-old made his Egypt national team debut more than 20 years ago and is still going strong! 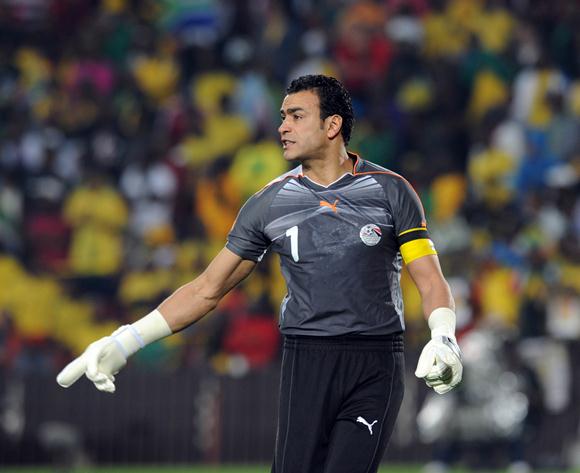 15h00 - Welcome! We begin with news of the two matches kicking off at this hour: Burundi v Senegal in Bujumbura and Tanzania v Egypt in Dar Es Salaam. CLICK HERE TO VISIT AFRICAN FOOTBALL ZAMBIA