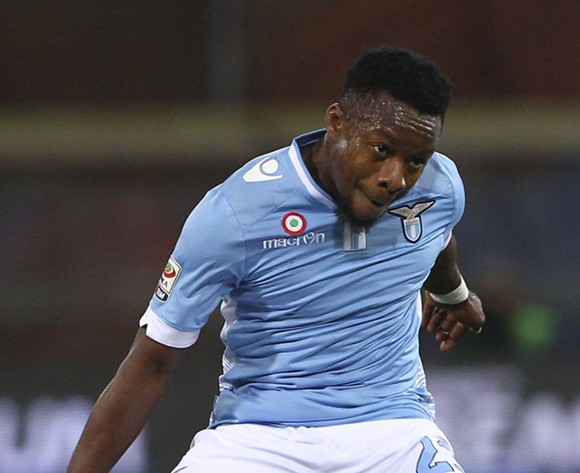 Ogenyi Onazi in action for Lazio - Now he wants his cash

SS Lazio of Italy midfielder Ogenyi Onazi has told AfricanFootball.com he is attracting interests from several clubs across Europe during this transfer window.

Onazi, 23, has constantly been linked with a move away from the Italian club, with reported interests from Liverpool, Everton and Borussia Dortmund.

And while he has admitted there have been interests, he said he remains a Lazio player, but refused to shut the door on a move away the Italian capital city club.

“There are so many interests but I am contracted to SS Lazio,” he informed AfricanFootball.com

“But I am still looking and if anything is going to happen, the media will know about it.”

The Nigeria international had a rather underwhelming season with Lazio, playing only sparingly for the club.