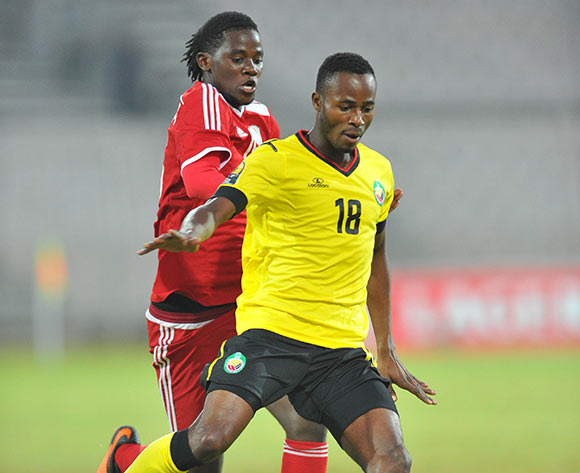 Ussama Nancuta Mahumane of Mozambique challenged by Benson Shilongo of Namibia during the 2015 Cosafa Cup final match between Namibia and Mozambique at the Moruleng Stadium in Rustenburg, South Africa on May 30, 2015 ©Samuel Shivambu/BackpagePix

Mozambique Football Federation (FMF) announced their squad for the 2016 COSAFA Castle Cup which will kick-off in Nambia this weekend.

The Black Mambas are scheduled to take on Democratic Republic of Congo (DRC) in a quarter-final clash on the 19th of June 2016.

The full squad is as follows;