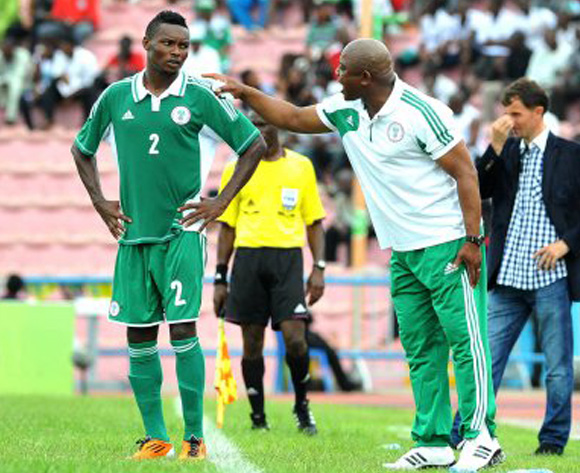 A minute's silence and all players will wear armbands for today's league matches in honour of former Nigeria captain and coach Stephen Keshi, who passed away today.

The LMC said that there is no honour that is too much to be done to Keshi.

“We want to honour Keshi today as a deserving hero of the league and Nigerian football during our Match Day 21 fixtures with a minute silence before kick-off and the wearing of black armbands by all players,” said the organisers of the Nigeria league.

The League Management Company (LMC) described the death of Keshi as a huge loss to African football.

A statement by the LMC described Keshi as “a pathfinder, courageous athlete who remains one of the inspirational stories for young Nigerian and indeed African players”.

The LMC described the late Keshi as one of the players who put the shine on the football league in Nigeria while it was still in amateur stages.

“The exploits of Keshi and his team mates at New Nigerian Bank in the 1980’s registered Nigeria as a club football power house after the achievements of IICC Shooting Stars and Rangers International in the 1970’s”, read the statement.

“As a player and later, captain of the national team for over a decade, Keshi demonstrated dedication and love for father land. He was a team builder and leader whose influence on younger players was the driving spirit behind the achievements at the Nations Cup in Tunisia and a World Cup outing that made the world take notice of the Super Eagles”.

"As the coach of the Super Eagles, Keshi gave a boost to the Nigeria Professional Football League (NPFL) by tremendous confidence he invested in players from the league whom he took to the Nations Cup in South Africa in 2013 which Nigeria won.

“His decision showcased the abundant talents that are found in the NPFL and it was one of the biggest endorsements for our players".