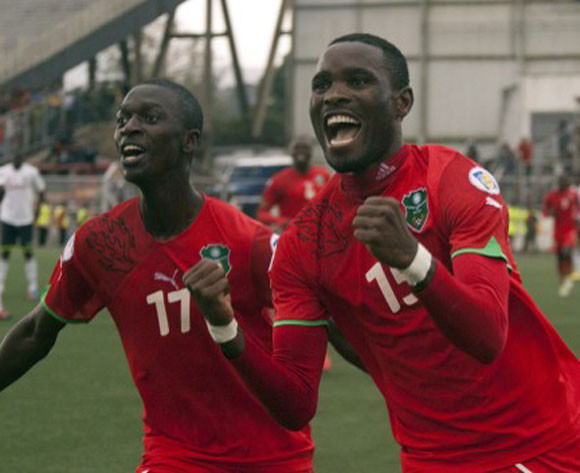 Malawi and Platinum Stars midfielder Robert Ng'ambi has reiterated his desire to represent his national team.

The former Mamelodi Sundowns and Orlando Pirates midfielder has been accused of favouritism when it comes to team selection during the 2017 CAF Africa Cup of Nations qualifiers and the 2016 Cosafa Castle Cup.

Recently, the Nyasa Times reported that the exclusion of of Jomo Comsos midfielder, Micium Mhone, was not only harsh on the team but also wrong.

"Look, I can tell you honestly that a coach has his aims for the national team and if he wants any player, it's good," said Ng'ambi.

"I can't say he's wrong to choose so and so because we all want to play for the country.

"If I'm selected and I'm benched, that's okay because he has his own reasons to do so, we just need to support him I think.

"I hear that he excused Micium from the COSAFA squad but he has his own reasons as a coach."

When asked about his continuous exclusion from the side, the 2013 Telkom Knockout winner with Dikwena stated that he has nothing personal against Mtawali.

"I have nothing personal against the coach and that's why I'm always available when he needs me," adds 'Baggio'.

"I'm good with him and I'm just a player for the team and the fact that I'm a senior doesn't mean I'm guaranteed a place.

"However, I'm no different from the other guys because I want to represent the country and contribute.

"I just hope the right players play in the Cosafa Cup and make the nation proud - they need our support."

The Flames are set to meet the Palancas of Negras in Group B on Sunday as they kick-off their Cosafa campaign at the Independence Stadium.