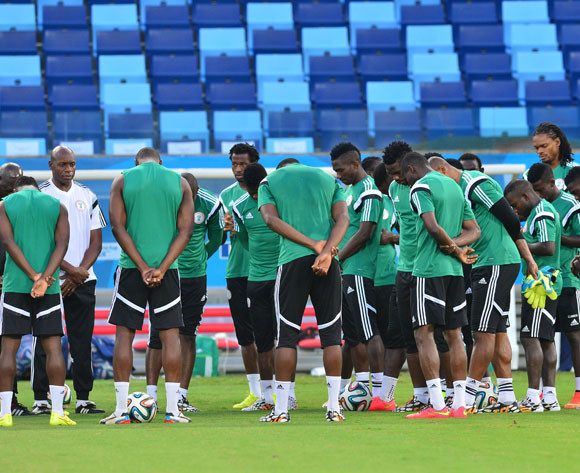 Super Eagles players have expressed shock and disbelief over the demise of another prominent coach, Shuaibu Amodu.

READ: Another Nigeria legend is no more

Amodu passed to the great beyond in his sleep in Benin City overnight in the same city his former assistant Stephen Keshi died three days earlier.

Eagles vice-captain Ahmed Musa told AfricanFootball.com he is shocked to hear the news of the death of another coach after Keshi and prayed God grant Amodu eternal rest.

"I am yet to get out of the shock over Stephen Keshi's death when I heard coach Amodu Shuaibu is dead. This is too much for the football family, it's shocking. May his soul rest in perfect peace,” Ahmed Musa said.

“He was an achiever and icon going by his achievements in the game."

Lazio midfielder Ogenyi Onazi towed the same line with Ahmed Musa as he described as “sad” a week in which two of Nigeria’s top coaches died.

"Rest in peace sir, frustrating and sad week for us. Lord have mercy. 😫👏🏻👏🏻," Onazi tweeted.

Brown Ideye tweeted: "Shuaibu Amodu dead!! When we are still mourning the death of Keshi,so painful😢 #."

Leon Balogun further said, "It's just sad - with Amodu we lost another legend to Nigerian football. May your souls rest in heavenly peace 🙏🏽🇳🇬  #RIPKeshi #RIPAmodu."

"Another big loss! This is shocking, I can't believe it. He was a disciplinarian, father & a mentor. #RIPAmodu #EUE3," Echiejile tweeted.