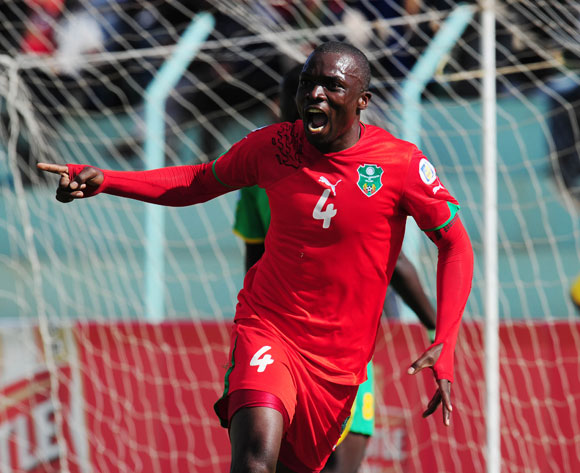 Malawi thrashed Angola 3-0 in the COSAFA Castle Cup Group B game played at the Independence Stadium in Windhoek on Sunday.

The victory took Malawi to the top of Group table, joining Lesotho who also have three points, while Angola are placed at the bottom with Mauritius.

The Flames of Malawi did most of the attacking in the early stages of the encounter, but Angola's Palancas Negras managed to contain them.

Issac Kaliati's cross found his Malawi teammate Chiukepo Msowoya inside the Angola box, but the latter's header hit the crossbar in the 19th minute.

Mhango did put the Flames into the lead in the 32nd minute when his powerful header was deflected into the back of the net.

Angola had a chance to equalize from a free-kick eight minutes before half-time, but Charles Swini collected the ball with ease inside the Malawi goal-posts.

Malawi dominated possession in the opening stages of the second-half as they looked to extend their lead on the night.

De Camro placed his effort from a free-kick over the Flames goal-posts from just outside the Malawi box in the 59th minute as Angola searched for the equalizer.

It was soon 2-0 to Malawi when Mhango grabbed his second goal with a powerful shot inside the Angola box in the 71st minute.

Mhango continued to search for more goals as he pulled the trigger from range four minutes later, but his attempt went over the crossbar.

The diminutive forward did complete his hat-trick in the 90th minute when he beat Angola keeper Bunga from the spot-kick to seal a 3-0 win to Malawi.