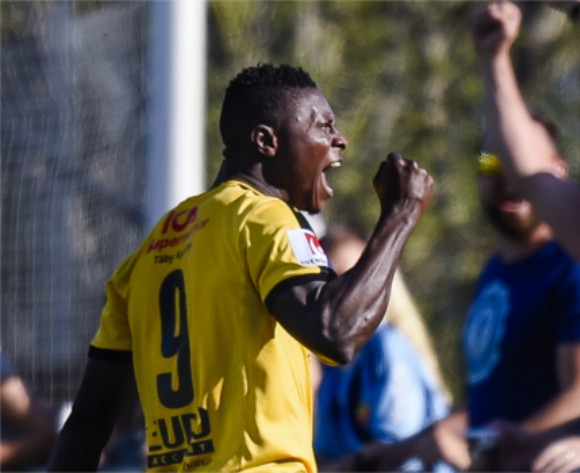 Nigerian striker Oke Akpoveta has continued his impressive run in front of goal for his Sweden Superettan team, IK Frej Taeby as he scored a stoppage time goal to extend his lead on top scorer's chart.

He leads with eight goals.

The former Warri Wolves forward scored in the 90th minute to help his team IK Frej Taeby earn a point at home in a 1-1 draw.

IK Frej Taeby are 13th on the league table with 11 points in 12 games.

The 24-year-old forward has scored a total of nine goals this season having got one in cup game and has played for Lyngby, Bronshoj, Ravan and Brondby.