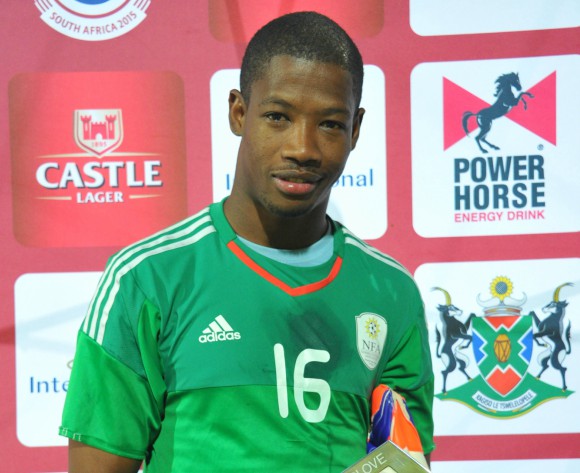 Namibia international goalkeeper Virgil Vries has issued an apology to the nation after his three-day absence from camp.

The Maritzburg United net minder said he regrets his wrong decision for deserting Ricardo Mannetti's side during their 2017 CAF Africa Cup of Nations Qualifier against Niger.

The COSAFA Castle Cup defending champions are currently getting ready to open their account against Zebras of Botswana this weekend.

“I wish to deposit my sincere and profound apology to the Namibian people, in particular the football-loving Nation and all football enthusiasts, the Namibian Football Association [NFA]," said the keeper.

"The Brave Warriors and its die-hard supporters, the Technical Team, my fellow players and my coach, Ricardo Mannetti for my irresponsible conduct and behaviour from absconding from the Brave Warriors Camp for 3 days without any apology."

He added that he regrets his judgement and action for his absence in the AFCON Qualifier against Niger a week ago.

“I am not proud for what I have done and I should have known better as a professional footballer applying my trade at Maritzburg United in the Professional Soccer League [PSL] in South Africa where I am a senior player and lately being considered as a regular in the starting line-up," adds Vries.

"I have done any of this while playing football in the Namibia Premier League [NPL] or under my current club Maritzburg United.

“I beg for your pardon and forgiveness and further pledge that I will never subject myself, be it at club level or National duty to any similar conduct."

Mannetti's side will meet Botswana in the quarter-final stages of the regional tournament which is already underway.

The match is scheduled to get underway at Sam Nujoma Stadium on Saturday evening.