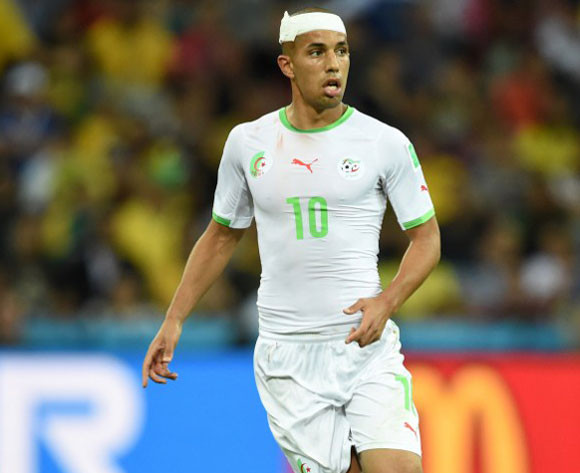 New West Ham United signing Sofiane Feghouli has expressed that it was an easy decision for him to join the club despite several lucrative offers from across Europe.

The Algeria international signed a three-year deal with the club, and joins the Hammers on a free transfer after he decided against renewing his contract with Spanish La Liga side Valencia.

Talking to the club's official website, the 26-year-old expressed that West Ham's move to the Olympic Stadium, coupled with the direction of the club under head coach Slaven Bilić and the opportunity to play English Premier League football, made the choice to move London an obvious one.

"I am very happy to have joined West Ham United and I am really looking forward to making my first appearance for the club," Feghouli told www.whufc.com

“First of all, it was the ambitious sporting project that was presented to me by the club and the manager. After considering the options with my family, I think it became an option that instantly stood out from the others. The direction of the club, the new stadium, the squad, the manager and the opportunity to play in the Premier League made it an easy decision for me to join West Ham.

“For a footballer, to play in front of lots of fans is really important. I love the passion that comes from the crowd and as I said, I can’t wait to get the season underway and to play for a club with a great history in England.”

West Ham are set to ply their trade at the 60, 000-capacity London Stadium next season after ending their 112-year stay at the Boleyn Ground last month.