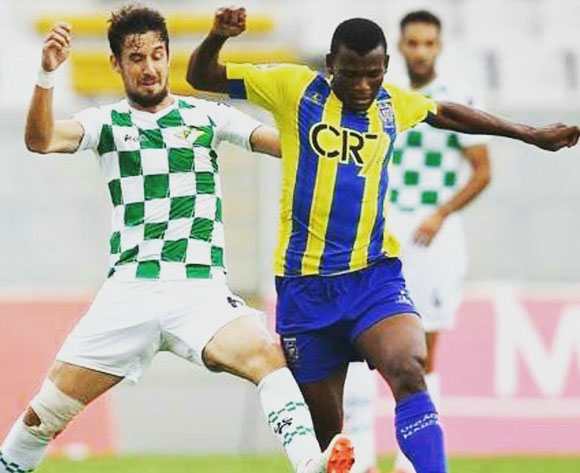 Shehu in action in Portugal

The player himself informed AfricanFootball.com he will be available for the summer games after he was released by his club.

The full Nigeria international, who missed last year’s All Africa Games as well as the U23 AFCON in Senegal due to club engagements, told AfricanFootball.com that he has his Portuguese club’s blessing to play at Rio 2016.

“My club told me they will allow me play at the Olympic," Shehu said.

"It's my dream to play in the Olympic and win gold.”

The Uniao Madeira utility player further disclosed he will travel with to Atlanta in the USA with the Nigeria U23s later this month for their final phase of preparation for the Olympics.

"I will travel with the team to USA for the Olympics preparation," he further told AfricanFootball.com

It will be delightful to see Abdullai Shehu in Rio with the Nigeria Olympic team. He's a massively gifted player.