Emenike: I know where I will play next season 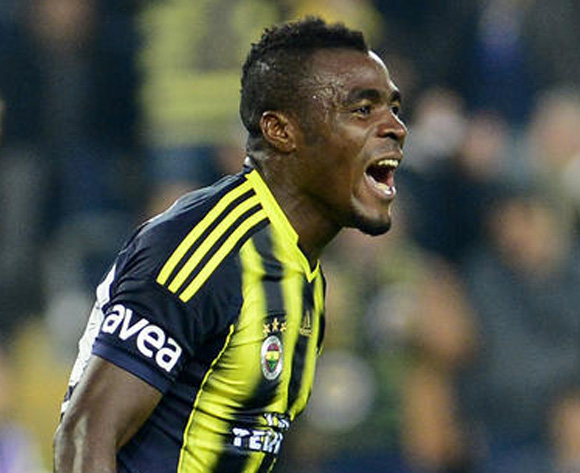 Nigeria striker Emmanuel Emenike has told only AfricanFootball.com he knows where he will play his club football in the new season, just as he blasted reports linking him to Qatari side El Jaish.

The AFCON 2013 top scorer told AfricanFootball.com he is a professional who has a running contract with Fenerbahce and that he is currently enjoying his holidays, while getting set for pre-season.

There was a report coming out of Turkey last week that former El Jaish club manager Sabri Lamouchi had asked the owners of the club to sign Emenike.

The striker lampooned the report.

"There's no iota of truth in the news that I am moving to El Jaish. In fact, right now I am not negotiating with any club because I already know where I am playing next season,” he told AfricanFootball.com

“It’s just a shame to the person who fabricated the news for any reason known to them.

"I have read a number of news about me which are not true, some guys just want to put my name on the cover of their newspaper or their site just to get traffic and make money, which shouldn't be.”

He added: "I am a professional to the core and I am under a contract with Fenerbahce, this is just one of the many mischievous stories on me.

"I have never been interested in playing there and nobody has told me anything at all about the club at any time.

“I am enjoying my holiday, and hoping to be good for the pre-season. So, the story is completely false."

The 29-year-old Emenike scored nine goals in 15 games for Al Ain in UAE, before he went on another loan to Premier League club West Ham United in January.