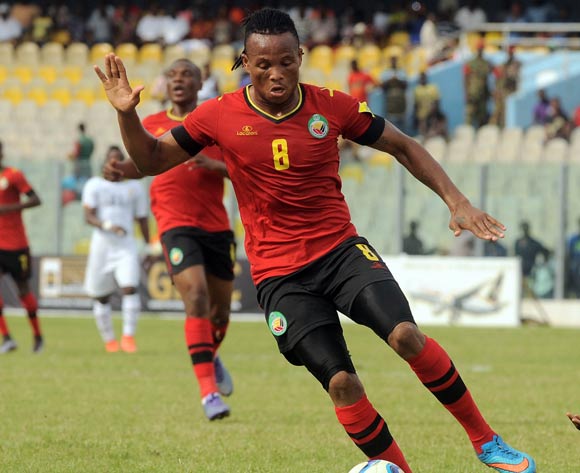 Thank you for joining AfricanFootball.com for our live coverage of the Cosafa Cup quarterfinal match between the Democratic republic of Congo and Mozambique at the Sam Nujoma Stadium on Sunday evening.

DRC beat Mozambique 1-0 thanks to a goal from Nelson Omba.

95'- That is full time as DRC beat Mozambique 1-0. DRC will now face Botswana in the semfinals of the competition 22 June while Mozambique will face Namibia on 21 June in the Plate semifinals.

85'- Mozambique come bitterly close to levelling matters when a header from Luis Miquissone strikes the woodwork before DRC clear the danger.

77'- Last substitution for Mozambique with Elias Macamo coming on for João Mazive.

73'- Second substitution for DRC as Guy Basisila comes on for Sedrick Ngulubi.

70'- Lema Mabidi ties his luck from long range, but the DRC man sees his effort sail just over the crossbar

65'- DRC have made their first change with Mukoko Batezadio coming on for Lobi Manzoki.

50'- DRC have continued where they left off as they control the possession stakes and dictate the flow of play.

46'- The second half is underway. Mozambique have made a change at the break with Alexandre Guambe coming on for Manuel Correia.

45'- That is half time with DRC leading 1-0 against Mozambique thanks to a headed goal by Nelson Omba.

42'- José Guirrugo makes a fantastic save to keep Mozambique only a goal behind as he denies Sedrick Ngulubi from just inside the box.

37'- GOAL!!! DRC have made their pressure pay and taken the lead after Nelson Omba has headed home a pin-point free-kick into the box, 1-0.

35'- Finally Mozambique threaten the DRC goal as Manuel Correia breaks the off-side trapped, but is thwarted in a one-on-one with Herve Lomboto.

25'- DRC have missed a golden chance to take the lead when Momba Lusala failed to convert a pin-point cross from Bangala Litombo, firing wide from close range with the goal at his mercy.

20'- DRC continue to pile on the pressure and come close to breaking the deadlock, but Lema Mabidi sees his 24-yard free-kick superbly saved by José Guirrugo.

10'- Mozambique have really struggled to get their foot on the ball and are chasing DRC shadows at present. Another shot on goal comes in from Momba Lusala, but the DRC midfielder sees his shot from range go just wide.

5'- DRC have bossed the game early on and had the majority of possession. The only effort on goal thus far has come from Doxa Gikanji, but his long range effort sailed narrowly over the target.

1'- We are underway at the Sam Nujoma Stadium in the Cosafa Cup quarterfinal match between DRC and Mozambique.