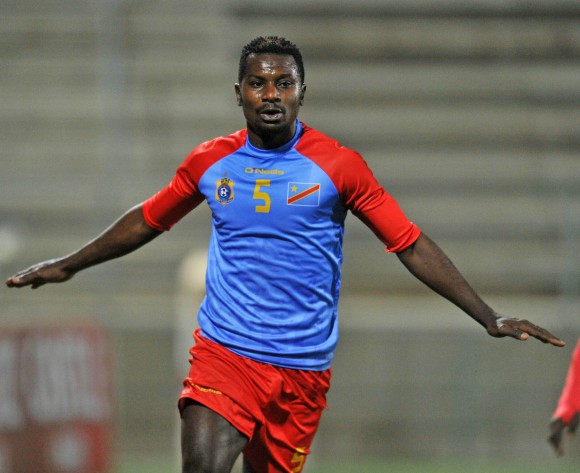 A single goal from Nelson Omba handed the Democratic Republic of Congo a slender 1-0 win over Mozambique in a 2016 COSAFA Cup quarterfinal match at the Sam Nujoma Stadium on Sunday evening.

DRC controlled the flow of play from the onset and should really have taken the lead just after the 20th minute when a cross from Bangala Litombo was met by Momba Lusala, but he ballooned his shot over from close range.

In the 35th minute Mozambique finally found their footing in the match and almost scored when Manuel Correia broke the off-side trapped, but was thwarted in a one-on-one with Herve Lomboto.

Two minutes later DRC took the lead when a clinical header from Nelson Omba found the back of the net after meeting a pin-point cross into the box.

DRC continued in the same vein after the break and came close to finding their second in the 70th minute when a long range shot from Lema Mabidi sailed inches wide of the target.

Mozambique almost rescued a draw five minutes from time when Luis Miquissone met a good cross into the box, but his effort ricocheted off the woodwork.

The victory sees DRC into the semifinals of the competition against Botswana on 22 June while Mozambique will face Namibia in the Plate semifinals on 21 June.