Why Nwakali's Arsenal move is on hold reveals brother 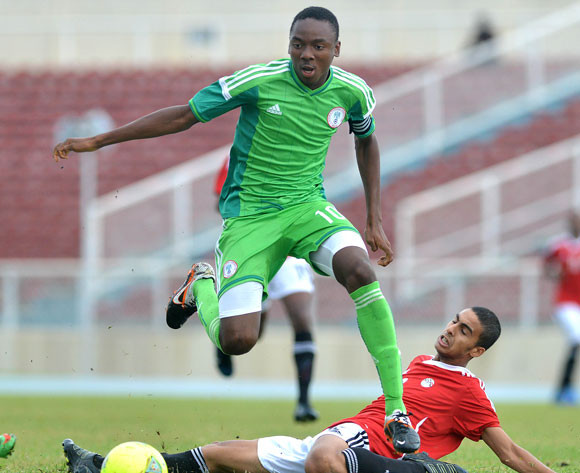 Nigeria youngster Kelechi Nwakali will no longer fly out to sign his professional contract with Premier League club Arsenal until after the U20 AFCON qualifiers against Sudan, his brother has informed AfricanFootball.com

The exciting midfielder had said he would sign his professional contract ‘The Gunners’ this month and join them in July for pre-season, but his brother, who also acts as his intermediary has said he will only travel after his engagement with the Nigeria U20s.

READ: Pillars claim they were robbed at Wikki

“Kelechi is supposed to sign this month after he clocked 18, but due to the national assignment he won’t be leaving immediately,” Allwell Nwakali informed.

“As soon as they are through with the games against Sudan, he will move but if the (Nigeria U20) coach can give him between two to three weeks, he will travel.”

The younger Nwakali has already agreed terms with the English giants and he will sign the dotted lines this summer.