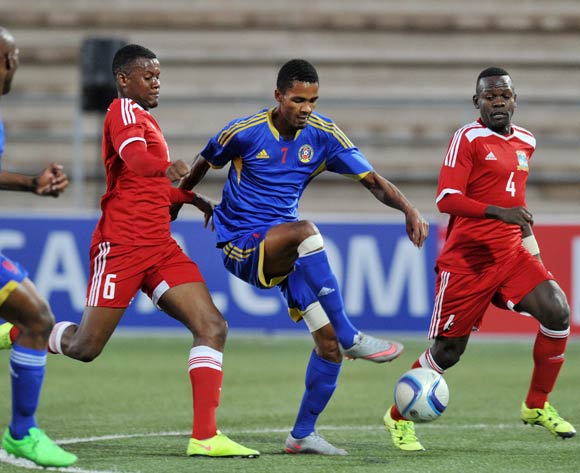 Swaziland coach Harris Bulunga says he is happy to see his striker Felix Badenhorst linked with a move to big South African teams following his performances in the ongoing Cosafa Cup.

The 27-year-old Swazi striker has scored five goals to inspire Sihlangu Semnikati into the semifinals of the competition, where they will face rivals Bafana Bafana on Wednesday evening.

Bulunga has described Badenhorst – who has been linked with Absa Premiership giants Kaizer Chiefs – as a “gem” and hopes that he will move to a bigger league, gain experience and add further value to the Swaziland national team.

“He’s a gem,” Bulunga said of the striker, who played in South Africa for Jomo Cosmos in 2011.

“His main strength is his heading ability and composure in front of goal.

“I believe he deserves the chance to play in a professional league, so I am hoping that the stories that are coming out that teams are interested in him are true so that he can go out there and gain experience of rubbing shoulders with other professionals. That will obviously benefit my team.”

Bulunga, however, added that Badenhorst is not yet the finished article: “He still needs to work a little bit on his work-rate.

“We are happy with what he does but as a coach I always demand more. So if he can up his game a little bit, he can lift the team to even greater heights.”