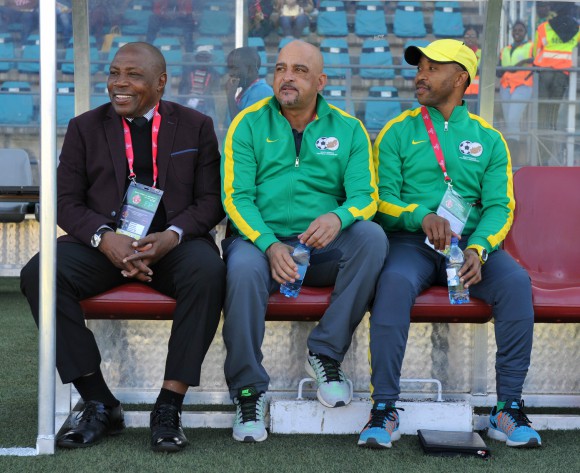 The South African 2016 Cosafa Castle Cup squad has been dealt a major blow with a number of the players set to be unavailable for the clash against Swaziland.

The Times Media Group reports that coach Shakes Mashaba is faced with a selection headache after some of the players were ruled out of the tie.

Orlando Pirates Gift Motupa is out with a suspension after receiving a red card against Lesotho and his club teammate, Menzi Masuku, is unavailable as he lacks match fitness.

On the other hand, Keagan Dolly was excused to feature for Mamelodi Sundowns in the CAF Champions League whilst Lebogang Mothiba is allowed to focus on contract negotiations with French side, FC Lille.

“Against Lesotho‚ we started with some of the players we were unsure about‚ so that we could introduce players we knew better if the match was not going so well,” said as assistant coach Owen Da Gama.

“For some of them it was their first game at senior international level. It’s important that we try and rectify their mistakes and not just discard players.

“But we just believe Menzi might just not be strong enough to finish a game at this stage.

“Swaziland’s defence will be fresh at the start. Masuku is the type of player who can come in and dismantle the defence.”

The match will get underway at Sam Nujoma Stadium at 18h00 on Wednesday.