Cash bonus for Swaziland ahead of Cosafa Cup semifinal 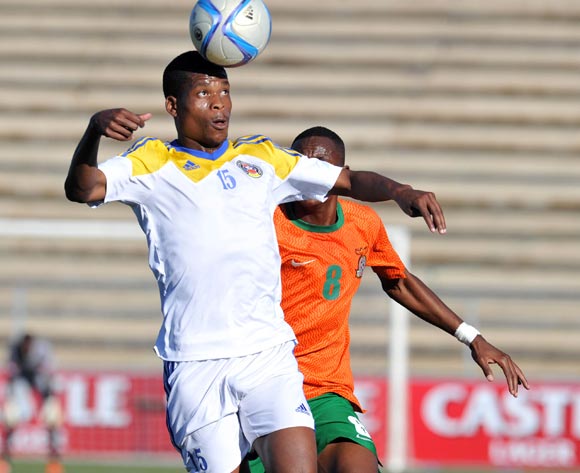 Njabulo Ndlovu of Swaziland challenged by Paul Katema of Zambia during the 2016 Cosafa Cup Quarterfinals match between Zambia and Swaziland at Sam Nujoma Stadium in Windhoek Namibia on 19 June, 2016 ©Muzi Ntombela/BackpagePix

The Swaziland team has received a R240,000 (approximately US$16,000) bonus ahead of their Cosafa Cup semifinal against South Africa in Windhoek on Wednesday.

Sihlangu Semnikati have equalled their best showing at a Cosafa tournament by reaching the final four and will now hope to overcome Bafana Bafana at Sam Nujoma Stadium.

As a reward and motivator ahead of their clash, FNB Swaziland presented the country’s government with a lump sum of R240,000 on Tuesday. Swazi minister of sports David Ngcamphalala says the money will be given to the team.

“We have just received R240,000 from FNB, which is a reward to the Sihlangu players for their good performances. We would like to thank FNB for this kind gesture and we hope that this will spur the boys on tomorrow,” Ngcamphalala told Kick Off.

Swaziland have lost all three of their previous Cosafa Cup matches against South Africa. The other semifinal sees guests DR Congo tackle Botswana.