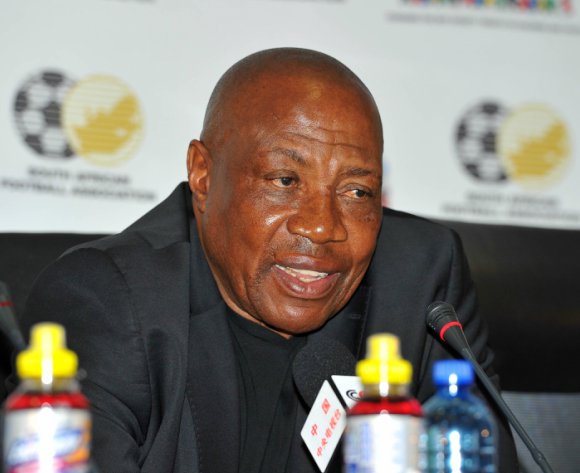 Ahead of their 2016 COSAFA Castle Cup semifinal against Swaziland, South African head coach Shakes Mashaba has announced his starting eleven.

Bafana Bafana are fresh from a 4-2 penalty shootout win over the Likuena of Lesotho in the quarterfinals last Saturday and have now set their sights on Isihlangu Semnikati.

The clash at the Sam Nujoma Stadium is set for 18h00 on Wednesday evening.

In his starting eleven, Mashaba has made three changes and will be without Tshepo Rikhotso, Thembinkosi Lorch (both benched) and Gift Motupa who is suspended.
FINAL SPOT AT STAKE AS BOTSWANA FACE DRC

The coach has replaced the trio with Rebo Malepe, Thabiso Kutumela and Deolin Mekoa who came on as a substitute against Lesotho for Thembela Sikhakhane.

Victory for the 2015 hosts will book their place in the final set to be staged on Saturday at the same venue.

The Democratic Republic of Congo face the Zebras of Botswana in the second semifinal later tonight. Kick-off is at 20h30.