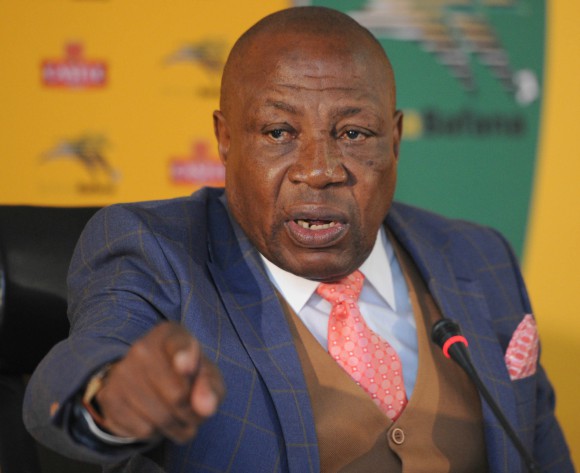 The Bafana Bafana boss was speaking ahead of their 2016 COSAFA Castle Cup semifinal on Wednesday in Namibia.

Isihlangu Semnikati and Bafana Bafana will now battle it out for a spot in Saturday's final as they aim to succeed the hosts and defending champions, Namibia, who will participate in the Plate final on Friday.

However, Mashaba, who was the Swazi mentor between 2008 and 2010, warned that the Kaizer Chiefs transfer target could be dangerous when unmarked.

"It will be a good thing facing someone like Badenhorst, this team is here to prepare for Rio - that’s why we need a strong challenge‚” Mashaba was quoted by the Sowetan website.

“Badenhorst‚ to me‚ if I have players very good at listening to instructions‚ he won’t even touch the ball.

"He’s a very lazy player. But when he’s in possession he’ll cause problems for you.

“I know him – I brought him into the Swazi national team.

“And I know on the day he’s dangerous. I said to the other coaches that he didn’t play his best game against Zambia but we’ve got to watch him now."

The two nations have met five times in the past with three ties under the banner of COSAFA, with Mashaba's side claiming all five wins.

Mashaba will now want to beat Harries Bulunga's side as they aim bag their fourth COSAFA title.

The match is set to be staged at Sam Nujoma Stadium on Wednesday, kick-off is at 18h00.