Sunday Stephen injured in MLS clash, out for weeks 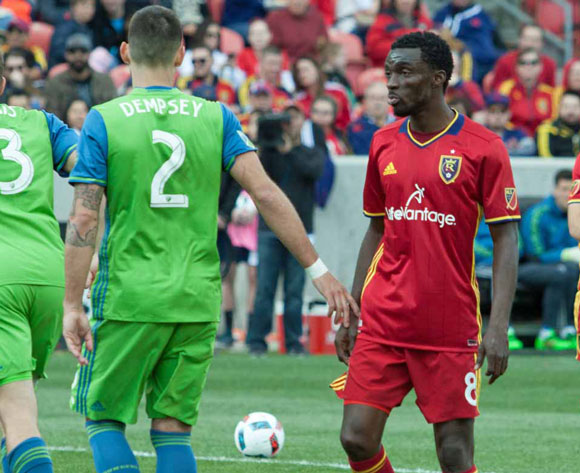 Nigeria midfielder Sunday Stephen has been hit by injury and could be out for weeks, his MLS club have announced.

The Real Salt Lake player was substituted in the 14th minutes on Wednesday as his team beat New York Red Bull 2-1.

According to Real salt Lake coach Jeff Cassar, it seems former Spain youth international ‘Sunny’ had a fracture, but a scan will be done on Thursday.

“All the reports we're getting right now are that it's a fracture to his orbital bone,” he told AfricanFootball.com

“I don't know how bad but he's going to be in the hospital all night and we're going to reevaluate tomorrow but it's looking like it was a fracture to his orbital bone.”