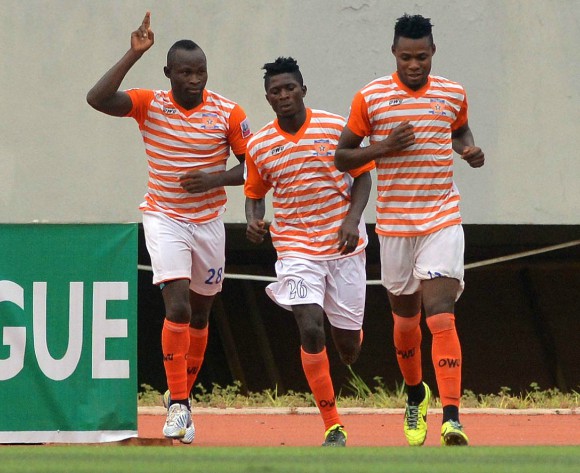 AfricanFootball.com can exclusively reveal that joint leading scorer of the Nigeria league Afolabi Okiki has finally landed in Argentina.

Okiki, who has scored 13 goals in the current league season,  has quit Sunshine Stars as they owe him several months’ wages and he now hopes to try his luck overseas.

He is expected to sign a short-term contract in the South American country before he moves on to Europe.

A top source told only AfricanFootball.com: “Okiki is now in Argentina. He will most likely sign a  four-month contract after which he will be shipped out most likely to Europe.”

His representative is Argentine agent Marcelo Houseman, who at a time worked with the likes of Obinna Nsofor, Odion Ighalo and Solomon Okoronkwo.

Houseman farmed Nsofor in Brazil for some months before the striker headed back to Europe.