Only pride at stake for DR Congo, Swaziland 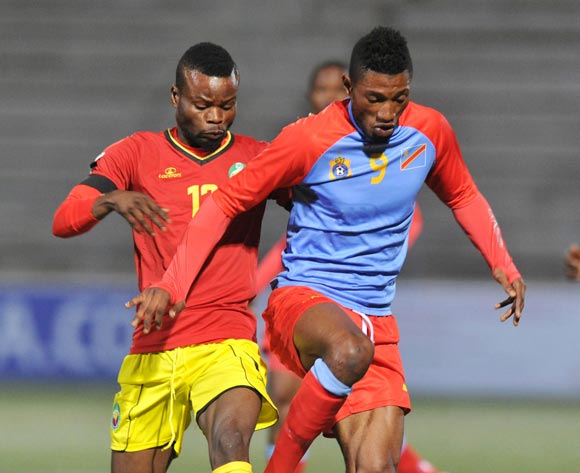 Lobi Manzoki of DR Congo challenged by Lourenco Waruma of Mozambique during the 2016 Cosafa Cup Quarterfinals match between DR Congo and Mozambique at Sam Nujoma Stadium in Windhoek Namibia on 19 June, 2016 ©Muzi Ntombela/BackpagePix

The Democratic Republic of Congo and Swaziland will lock horns in the 2016 Cosafa Castle Cup third-place playoff on Saturday.

For the free-scoring Felix Badenhorst and co, the clash is a last chance to impress at this year's Southern African showpiece following heartbreak in the semifinals.

Leading 1-0 at the break, Harris Bulunga's men crumbled following Siyabonga Mdluli's dismissal to lose 5-1 to South Africa on the day. Defeat denied them what would have been their first ever Cosafa Cup final appearance.

Sihlangu Semnikati had played some of the most entertaining football in the group stages, but were ultimately outdone by the three-time champions as fatigue played its part.

As for DR Congo, the 2016 African Nations Championship (CHAN) winners boast a strong squad full of players who were successful in Rwanda earlier this year.

But, after a narrow 1-0 win over Mozambique in the last eight, Florent Ibenge's men fell to a 5-4 penalty shootout defeat in the semifinals to Botswana.

The Leopards, who are this year's guest nation at the Southern African tournament, and Swaziland last crossed swords in the 2014 FIFA World Cup first round qualifiers five years ago.

Following a 3-1 win in Lobamba, DRC sealed the deal with a 5-1 thumping in Kinshasa to progress to the group stages.

Kick-off at the Sam Nujoma Stadium in Windhoek is set for 16h00.