Algeria skipper Feghouli: We have every chance to be at World Cup 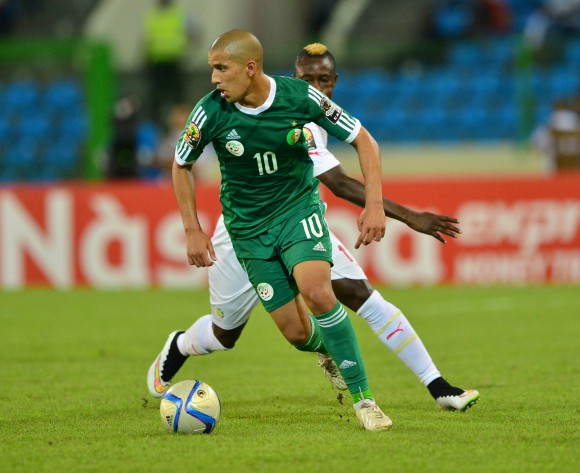 Algeria skipper Sofiane Feghouli has expressed confidence his country are on course for a third straight World Cup qualification despite drawing ‘The Group of Death’ for the qualifying series beginning in October.

Africa’s No 1 ranked team are in Group B along with Nigeria, Cameroon and Zambia, which is widely regarded as the toughest of the five four-team groups in the qualifying tournament for the 2018 World Cup in Russia.

However, West Ham new signing Feghouli said that with the support of the country, Algeria will scale the opposition to be in Russia.

“We are in a difficult group but with the people of Algeria totally behind us, and or quality and commitment, we have all the chances of clinching a historic third successive World Cup ticket,” said the former Valencia star.

Four-time World Cup finalists Algeria begin their qualifying campaign on October 3 at home against the Indomitable Lions of Cameroon.