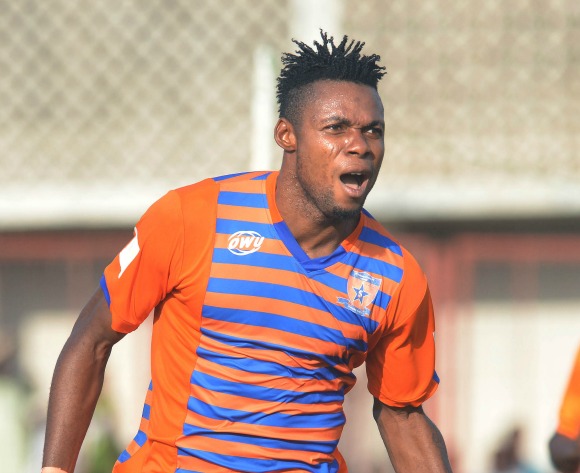 Nigeria league joint leading scorer Afolabi Okiki has disowned a former top official of the Nigeria Football Federation (NFF) and he is set to sign a six-month contract with a top Argentine club this week.

Former Shooting Stars left winger Okiki scored 13 goals for Sunshine Stars in the Nigeria league, but quit the club over unpaid wages to jet out to Argentina last week, as first reported by AfricanFootball.com

A frantic former NFF chief, who claims to own the player through Prime FC, finally reached the player and his agent in Argentina to lay his claim only for him to be rebuffed by both of them.

“The chief, who was calling from his home in South Africa, made a passionate plea to Okiki to return to Nigeria, promising that Sunshine Stars will pay all his unpaid salaries and anything else he needs. He also told him he has a deal for him in Europe,” a source told AfricanFootball.com

“The big man was so desperate that he even called the player’s wife, who he has never set eyes on, to plead with her husband to return to Nigeria.

“But despite all the drama, Okiki told the big man he does not belong to him and he has never played for Prime and does not have an agreement with the club.”

The former NFF chief has been involved with several other players including Mikel Obi and Kayode Olanrewaju.

“The truth is that past and present NFF officials are all agents like this Baba,” another source told AfricanFootball.com