Why Nigeria CANNOT be talking tough on qualifying for World Cup 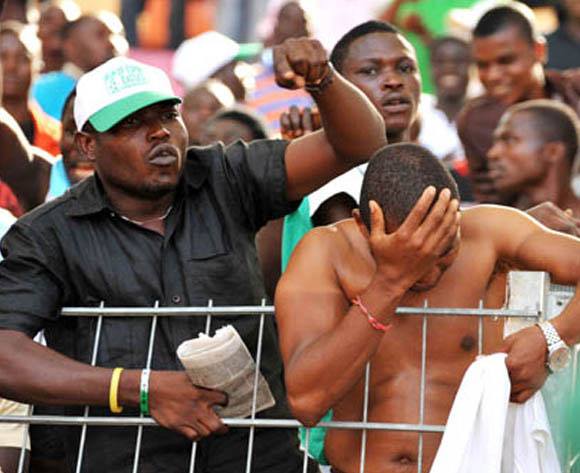 Even at the peak of their powers Nigeria’s Super Eagles would have had to be very much apprehensive of their chances of topping a World Cup ‘Group of Death’ that has Algeria, Cameroon and Zambia.

And now without a permanent coach, a directionless and broke Nigeria Football Federation (NFF) as well as public confidence in the team at an all-time low, the signs are even more disturbing that the Eagles will fail to qualify for Russia 2018.

ALSO READ: What Nigeria must do to qualify for 2018 World Cup

Algeria have for some time now been ranked as Africa’s No 1 team and for good reason too, while Cameroon have proved that despite their internal problems, they know how to qualify for the World Cup having done so on nine occasions.

Surprise African champions in 2012, Zambia may no longer be the force they were a few years ago, but the results the other teams in this group record against them could well determine the team on the flight to Russia in 2018.

It was not luck or that Nigeria accidentally found themselves in the toughest qualifying group for the 2018 World Cup, but the failure to qualify for two straight AFCONs under Amaju Pinnick’s NFF sealed the country’s fate.

So, while Egypt were battling Tunisia to get into Pot 1 of the seedings for the qualifying tournament draw, the Eagles already knew their chances of making it to a sixth World Cup had already been hugely compromised by the incompetence of the NFF.

Brave players and officials have won my admiration for their tough talk soon after the draw, but we all know that football matches are not won on the pages of the newspapers or in the airwaves.

Self delusion and deception only leads to only one thing - FAILURE.

It is what you do on the pitch after all the painstaking preparations outside it that will count on the day, tough talk and brave faces notwithstanding.

One could safely say that for this year, Nigeria have two “manageable” qualifiers – away to Zambia on October 3 and at home to Algeria on November 7 – before the tournament restarts in August 2017 with a home game versus Cameroon.

To stand any chance of qualifying for the next World Cup, both games against Zambia and Algeria are must-win.

And so the build-up for these two games will be first the Rio Olympics in August as well as the final AFCON 2017 qualifier at home against Tanzania.

Nigeria Olympic coach Samson Siasia has listed as many as 19 full internationals on his provisional squad for the summer games and that should be the core of the team for the matches against Zambia and Algeria.

The AFCON qualifier at home to Tanzania in September has now assumed a greater importance as this will serve as the final warm-up before the trip to Zambia the following month.

This match can no longer be played by players from the domestic league as the Eagles will use it to get ready for the clash against The Chipolopolos.

In previous qualifying campaigns, Nigeria have banked on a perfect home record added to a couple of away results to go through, more like Kano Pillars in the league.

But this can no longer be the case as teams have been known to come and get a result in Nigeria these days – For the 2015 AFCON qualifiers, Congo Brazzaville beat Eagles 3-2 in Calabar before South Africa achieved a 2-2 draw in Uyo, while Nigeria failed to beat Egypt in Kaduna before they lost to the Pharaohs to exit the 2017 AFCON.

Then comes the vexed issue of who should coach the Eagles.

Pinnick has made it abundantly clear that Nigeria football salvation is in the hands of a foreign coach, but he also knows he will have to get the cash to pay for such a coach.

Indications still point to Frenchman Paul Le Guen, who has previously worked with Cameroon, as the man the NFF will soon appoint for the top Eagles post.

But is the Frenchman the most suitable man for the job and how do his employers hope to bankroll his contract even if it were just for the qualifiers?

The NFF executives were voted to take the best decisions on behalf of a country of 180 million fans and should they fail again in the discharge of this mandate, they ought to take the honourable path of resigning without being told, and not just tell us they have taken responsibility and then fall short of doing the needful.