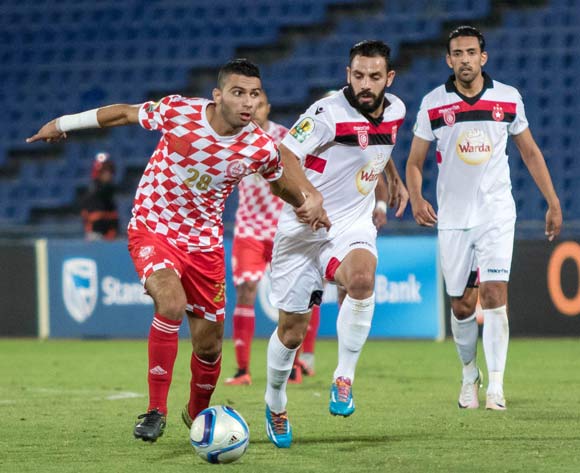 Libya’s Al Ahli Tripoli need to get their Group B campaign off the ground in the CAF Confederation Cup when they host Moroccan club Kawkab Marrakech in Tunis on Tuesday evening. Kick-off at the Stade Chedli Zouiten is set for 22:00 CAT.

Al Ahli have already come up against Moroccan opposition in the group stage, losing their opening match 1-0 away to FUS Rabat earlier this month. Mohamed Nahiri scored the only goal of the game to see the Libyan side stutter in their first pool fixture.

Now as hosts (in Tunisia due to continuing political instability in their home country) ‘Alzaeem’ must pick up a positive result to keep up their hopes of advancing into the final four of the competition for the first time.

Their opponents, Kawkab, head into the match as the group leaders after their 2-1 win over Etoile du Sahel in Morocco. The Marrakech side came from a goal down to secure a late victory over the Tunisians thanks to strikes from Boubacar Kouyate and Abdelilah Amimi.
Read: Defending champions Etoile du Sahel beaten in Morocco

The club recently announced the signing of two Burkina Faso players – Cyrille Kpan and Badolo Cedric – from USFA after matches between the teams earlier in the competition. The West Africans have not been registered for CAF competition.

Algeria’s Mohamed Benouza will referee the match in Tunis.