EXCLUSIVE: Okiki reveals he will sign with Argentine club Racing 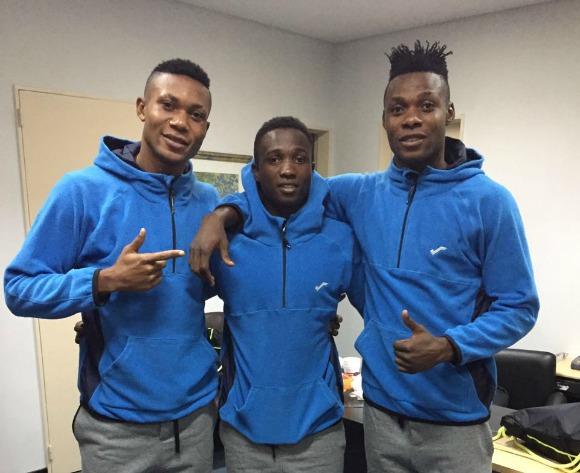 Joint top scorer of the Nigeria league Afolabi Okiki has revealed to AfricanFootball.com he will this week sign a year’s contract with Racing Club of Argentina.

Okiki, who scored 13 goals for Sunshine Stars in the Nigeria league before travelling to Argentina, has been in the news lately after issues emerged regarding who owns his economic rights.

However, the big striker disclosed he is represented by Argentine agent Marcelo Houseman, and he says he will soon put pen to paper with an Argentine club.

“I am represented by Marcelo Houseman and I will sign for an Argentine club soon,” he told AfricanFootball.com

The striker also rubbished reports he was deceived to travel to Argentina by Houseman.

“I was not deceived by anybody, I came here (Argentina) because I wanted to. I have no problems here and everything is okay with me,” he said.

Okiki also said benefactor and former NFF secretary general Taiwo Ogunjobi holds his clearance and he will release it when he signs in Argentina.

“(Chief) Ogunjobi is my daddy, he’s like a father to me,” Okiki told AfricanFootball.com

“He picked me up from the academy and he is my daddy.

“He has my clearance and he will release it once I sign for a club here.”

The striker left Nigeria league side Sunshine Stars despite scoring 13 league goals in the ongoing season and travelled to Argentina after claiming he was being owed four months’ pay by the Akure club.