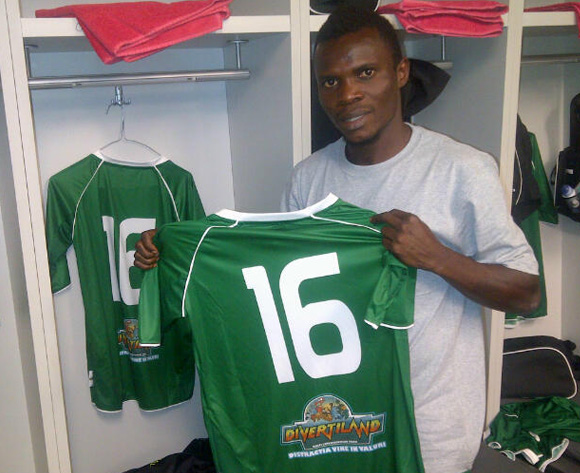 The former Concordia Chiajna of Romania forward told AfricanFootball.com he is excited about the deal and cannot wait to start playing for the team.

"I am excited to seal a deal with Wydad Casablanca after a long negotiation. I didn't come here on trials as reported by some media, but to negotiate and sign,” Onduku told only AfricanFootball.com

"Wydad Casablanca are a big team and I am eager to play for them."

Another Nigeria forward, Chisom Chikatara has been linked with Wydad but his club Abia Warriors have denied he is headed there now.

His representative Olanrewaju Famakinwa, who brokered the deal, told AfricanFootball.com that the club are now doing their best to register him for this year’s CAF Champions League.

Onduku has played for Bayelsa United, Sharks and CSMS Iasi in Romania.