Little English club not sure Yakubu will join them 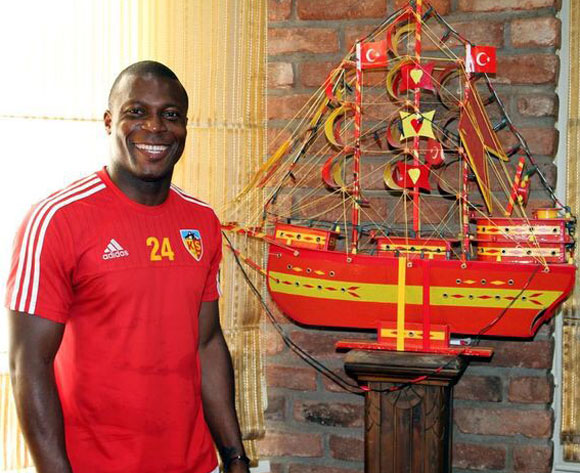 Little English club Boreham Wood are not giving themselves much of a chance to sign former Nigeria star Yakubu Aiyegbeni.

Boreham Wood manager Luke Garrard played down the possibility of his team signing Yakubu, who featured for his team on Saturday in a 5-0 loss to Reading.

"Realistically I think he has offers and ambitions to play at the highest level available," said Garrard.

The Nigeria striker is the second-highest scoring African in Premier League history and has 96 goals to his name for Portsmouth, Everton, Middlesbrough and Blackburn Rovers.

On how the powerful forward came to link up with the National league side, Garrard said: "I spoke to a friend of mine who is friends with Yak and he said where he was at.

"He's back in the area, he lives about five minutes away from the club and he was available to come in for training sessions.

"In terms of the game, it was just nice to get him involved. He is of a certain level and he is a model pro. He has been involved for the last two sessions and again today and we go from there.

"The influence he will have on the youngsters [is huge]. We had two on the bench yesterday (vs Brentford) and four today. It's a learning curve for them and it's massive for them.

"He's played at the top level on a consistent basis. He's low-maintenance, never late and he's been a pleasure."