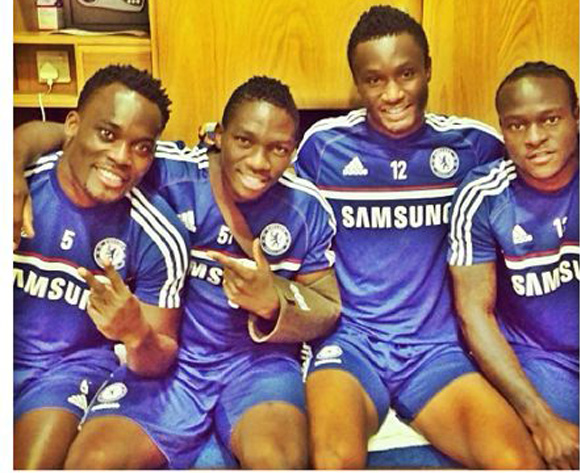 Omeruo and his representatives are expected to jet out from London this week to finalise his personal terms with Besiktas after both clubs agreed the switch.

“Kenneth’s transfer to Besiktas is virtually completed with only the Turkish club to agree his personal terms and this will be sorted out this week when the player is there to do his medical,” a source informed AfricanFootball.com

“There was a late bid for him by a Spanish club, Celta Vigo, but Chelsea didn’t consider it.”

Besiktas scouted the highly-rated Nigeria stopper after he posted five-stars displays against them last season while featuring for Kasimpasa.

Kasimpasa won the first game 1-0 at home, while the reverse fixture ended in a thrilling 3-3 draw.

Kasimpasa, who are based in Istanbul like Besiktas, could not afford the five million Euros Chelsea demanded to sell the Nigeria star outrightly.

AfricanFootball.com has already scooped that Besiktas will make this transfer a permanent one after the initial season-long loan.