Swaziland players receive their bonuses from the NFA 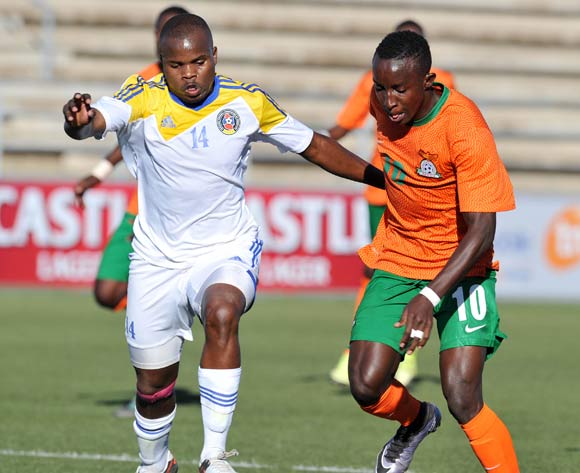 Machawe Dlamini of Swaziland challenges Conlyde Luchanga of Zambia during the 2016 Cosafa Cup Quarterfinals match between Zambia and Swaziland at Sam Nujoma Stadium in Windhoek Namibia on 19 June, 2016 ©Muzi Ntombela/BackpagePix

According to a report carried by The Times of Swaziland website, Isihlangu Semnikati players have received their bonuses from the National Football Association.

It was previously reported last week that Harries Bulunga's side were set to receive their bonuses after going to the 2016 COSAFA Castle Cup tournament in Namibia, with their bonuses not yet paid.

However, it is reported that the highest amount paid to the players is between E20 000 and E30 000 after adding the E125 000 COSAFA Castle Cup prize and the donation by the First National Bank (FNB) amounting to E240 000.

The NFA's CEO Frederick Mngomezulu confirmed the report saying the players are all happy with their monies.

"The players received all monies due to them with regard to their bonuses and training allowances and they were all happy, such that those who have been here full-time got the highest pay of up to around E18 000,” said Mngomezulu.

The website suggests that by local standards, the money comes as a huge motivator for the players compared to what the situation used to be before the king’s allocation which is E8.7 million for this government financial year and given to the FA in E3.1 installments quarterly.

Meanwhile, the players’ bonuses include the 1-0 win over Guinea (CAF AFCON Qualifier), the three COSAFA group stage games, the semi-final against South Africa and third-place play-off win against Zambia.