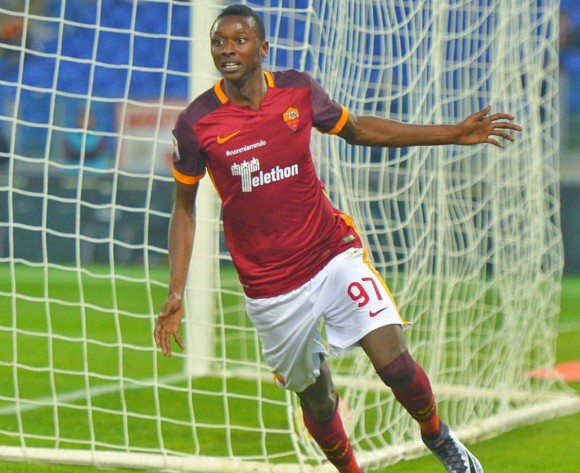 German Bundesliga side Bayer Leverkusen has joined the chase to take Roma young striker Sadiq Umar on loan for the coming season, AfricanFootball.com has been informed.

Sadiq has signed a permanent contract with Roma after a season-long loan deal from Italian Serie B club Spezia, but he is not in the immediate plans of coach Luciano Spalletti and so he will be sent out on loan in the new season.

Another Serie A club Bologna have been linked with the 19-year-old striker.

“Bayer Leverkusen are now among the many clubs who wish to take Sadiq on loan,” revealed a source close to the player.

“But nothing can happen until he returns to Italy after his time with the Nigeria Olympics team. That is what is holding up where he will play next season.”