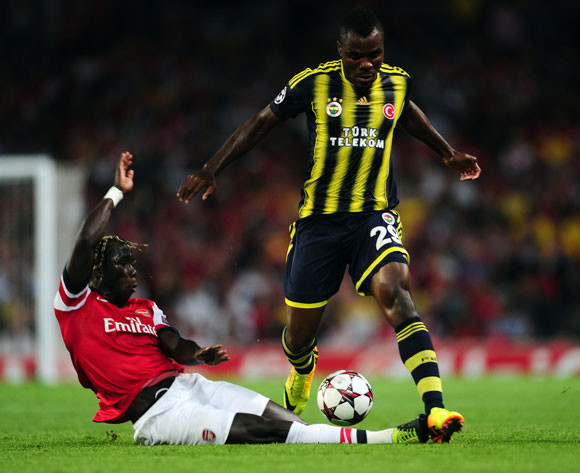 Nigeria striker Emmanuel Emenike has endeared himself to Fenerbache coach Viktor Periera after some impressive displays in training and pre-season games.

The former Karabukspor striker has scored three goals in two pre-season friendlies for Fenerbahce including a brace against Panathiniakos on Wednesday night.

The all-action striker, who played on loan at UAE side Al Ain and EPL team West Ham United last season after his relationship with the fans went sour,  is now doing well to be the toast of the fans and club officials.

The Portuguese coach is keenly interested in working with the Nigeria striker when the new season starts, according to fanatik.com.tr