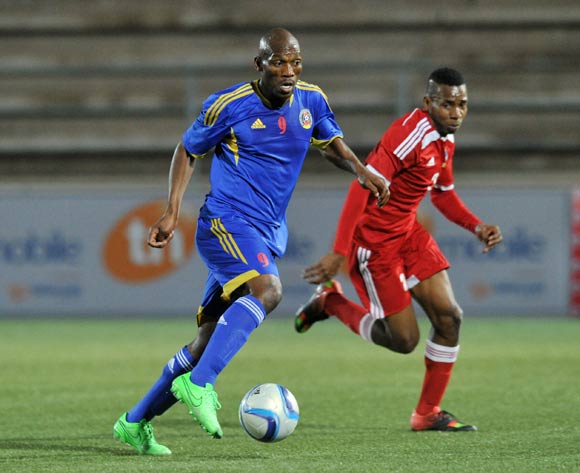 Word coming through to AfricanFootball.com from Swaziland is that Isihlangu Semnikati strikers Felix Badenhorst and Sabelo Ndzinisa are in South Africa, training with Bloemfontein Celtic.

The Times of Swaziland reports that the two internationals left the country on Saturday ,after the national team's party, to attend trials.

The two players will be hoping to impress coach Serame Letsoaka and his technical bench in an aim to ply their trade in the Premier Soccer League.

Badenhorst has been previously linked with a move to Kaizer Chiefs ahead of the 2016 COSAFA Castle Cup in Namibia, but nothing has materialised thus far.

On the other hand, Ndzinisa and Njabulo Ndlovu were both quoted by the Swazi media saying they're open to Absa Premiership moves.

However, it looks like the duo will finally move to the PSL after Siwelele's CEO Khumbulani Konco said the players impressed their technical team during the regional showpiece in Windhoek last month.

"He [Letsoaka] is still assessing them and for now it is difficult to state how they were doing because it is too early,” Konco is quoted as saying.

“We are happy that Mbabane Swallows have released the players to try their luck with us. For now they are working with the rest of the team under our coach Serame."

Badenhorst could make his way back to South Africa's elite league after bagging the top goalscorer's award, having netted five goals at the COSAFA tournament. He previously played for Jomo Cosmos in the PSL.

Meanwhile, it is reported that Ndzinisa was scouted by Mamelodi Sundowns during their 2017 CAF Africa Cup of Nations Qualifier against Guinea.