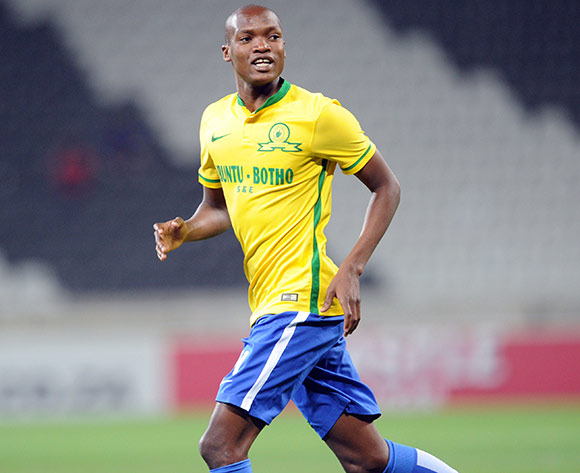 Mamelodi Sundowns head coach Pitso Mosimane has explained that Mogakolodi Ngele has to be patient if he intends on breaking into the clubs starting eleven.

It was reported earlier this month that the Botswana international had handed in a transfer request, as he seeks a move away from the Chloorkop-based club.

The former Platinum Stars ace, who could only manage 15 appearances across all competitions last season, has been linked with a move to Bidvest Wits who are open to the idea of swapping the attacker with Sundowns target Sibusiso Vilakazi - barring the Brazilians include cash in the proposed deal.

"Ngele has a terrific left foot...he scores goals," said Mosimane on Wednesday. "But look, lets be straight on the issue of 'Tsotso'...yes he is struggling to find game time because Khama [Billiat] is a 10, [Leonardo] Castro plays as a nine - the season that Khama had, you have to understand.

"He [Ngele] must wait for his chance, but Khama can play on the right, but Ngele has to take his chance. Sometimes it takes the players a long time [to break into the first team].

Mosimane continued: "How long did it take Wayne Arendse? Tiyani Mabunda? It takes long to be there and when the players become impatient it becomes a problem, but when they are patient they can make it, it is not easy for Sundowns.

"We [at Sundowns] strengthen the team the whole time and if you didn't play last season and the team has been strengthened [in the off-season] you are going to have a problem.You have to fight."

Sundowns left for Cairo on Wednesday evening ahead of their 2016 Caf Champions League clash against Zamalek, this Sunday evening.