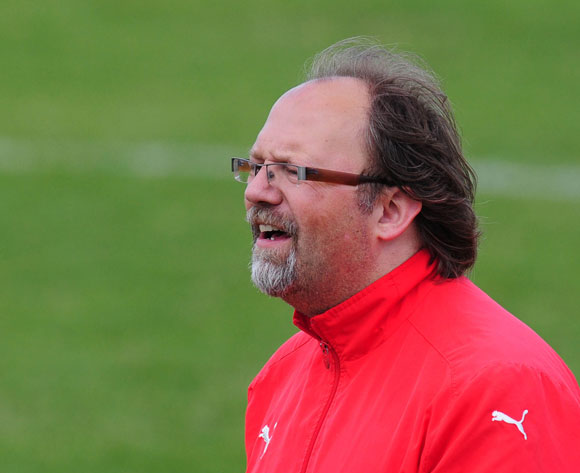 Belgian coach Tom Sainfiet has now ruled himself out of the running for the Super Eagles top post after he resumed as coach of Bangladesh.

We told you first he was headed to Bangladesh

Sainfiet has been shortlisted along with Paul le Guen and Salisu Yusuf to lead Nigeria for the 2018 World Cup qualifying series with the successful candidate to be announced on Monday.

The Belgian coach, who has worked in South Africa, Tanzania and Ethiopia, has been quoted as saying the Super Eagles job remains his top priority, but media reports from Dhaka said Saintfiet has already started work as Bangladesh coach.

“I saw exactly what you saw,” Saintfiet told the Dhaka Tribune when he was asked about his situation with Nigeria.

“As a coach, I was without a job for the last two months. I sent my CV to different federations all over the world and Nigeria were one of them. On Friday, I saw I was in the shortlist but I don’t have proper information about it (regarding interview with NFA).

“The first focus is on two (AFC Asian Cup qualifying playoff) matches against Bhutan in September and October. When the matches are finished, hopefully with the qualification, we will work together in future. First focus is on three months and to try to get good results.”

Saintfiet recently sent a 32-man preliminary squad for the upcoming home and away ties against Bhutan. Following the ongoing national camp, he will go on a short vacation for a week. After his return, he will watch some premier league matches and shuffle the preliminary squad further.

“I only picked 12 players and the rest were added by my assistant coach [Saiful Bari] Titu. In the coming weeks, there will be league matches. Based on that, new players may be added,” he concluded.

The Dhaka Tribune story was accompanied with a picture of Saintfiet taking the Bangladesh through a training drill.

Oh my God!!! I deeply thank mama for helping me to win at a casino. I am a disabled person who had tried a lot of people but without help, but after I heard and read in the papers about people testifying about mamas super casino/lotto rings (for gambling). I decided to go and have my last chance as I was in financial crisis. My house was about to be repossessed, my car was already repossessed, I couldn’t even manage to put bread on the table, my children were extremely uncontrollable as I wasn’t able to take care of them. I visited mama and she prayed for me, gave me the super magic ring