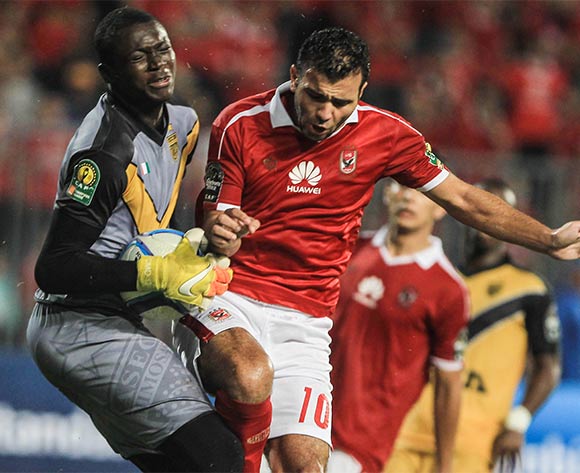 Eight-time African champions Al Ahly's chances of reaching the knockout stage of the CAF Champions League suffered a major setback after they failed to get a much-needed win against Wydad Casablanca of Morocco following a goalless draw in Alexandria Saturday.

Wydad thus remained top of Group A with seven points from three matches, while Ahly are bottom on a point.

Zesco United of Zambia defeated visiting ASEC Mimosas 3-1 in an earlier game on Saturday to now move into second place on six points, while ASEC have three points.

Ten thousand Ultras packed into the impressive Borg Al Arabi Stadium hoping the Red Devils could turn the table against Wydad after they started on a bright note.

They piled pressure on the visitors, but poor finishing and some brilliance by WAC goalkeeper Laaroubi combined to deny them the much-needed go-ahead goal.

The Moroccans also carved out some chances especially late in the first half when they grew in confidence and tested a defence that paraded goalkeeper Elkramy back in the first team after a poor run of form.

Both teams had chances to get on the scoreboard after the interval, but they failed to for the match to end in a stalemate.